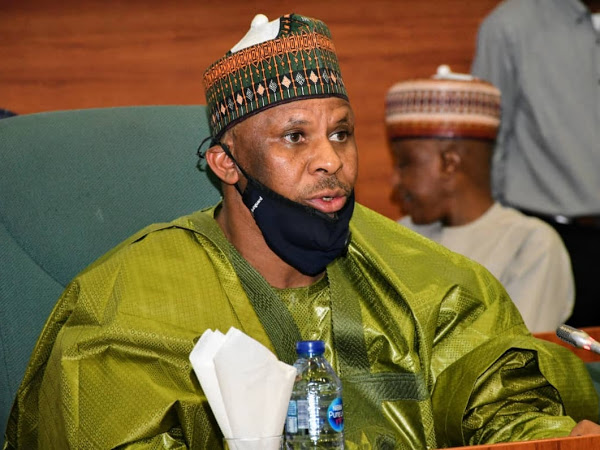 The achievements recorded by pacesetters like Hon. Usman Bello Kumo in various fields of endeavor in life results from the gigantic performances they exhibit. This draws people’s loyalty and hope to them borne out of confidence and faith.

Hon. Usman Bello Kumo, the Chairman House Committee on Police Affairs representing Akko Federal Constituency of Gombe State at the House of Representatives did not only attain this height but also established an indelible benchmark of performance.

This is also born out of his personal political will and  commitment to development and progress as it is on global scale.

Why he makes such strong political impact is not just in the direct investments he is doing in developmental projects, but in the way and manner such projects impact on human capital development in accordance to global standards. Such standards are equally promoted by Civil Society Organizations as well as influencers and governments.

In the health sector for instance, there are major concerns about health delivery services for communities, a situation that has led the Federal Government to invest one percent of the annual consolidated revenue on primary healthcare services.

These are direct healthcare services provided at ward levels for communities. Unfortunately such services are impaired by infrastructural dilapidation and lack of efficiency.

This tallies with the DFID, UNICEF and WHO campaigns of enhancing the primary healthcare delivery services to reduce undue traffic in the secondary and tertiary health centres.

As if that is not enough, he also engaged in the strategic provision of a Hospital in Kumo to provide secondary health services for beneficiaries of the primary healthcare centres he had provided.

More so, in support of the new agric revolution, a condition that has taken a larger part of the productive populace back to farm to enhance the agro pastoral development of the country, Hon Usman Bello realized that there is need to not only fund agric development but to also provide infrastructure that will ease the development of the sector. In this regard he constructed strategic roads that will ease the transportation of food items without excessive rigours. One of such roads he constructed is the 30km road from Kidda to Panda that links farms to markets passing through several villages.

In addition to this, he supported youths with vehicles as means of enhancing transportation  of both individuals and goods as well as providing a livelihood for the owners of such vehicles. No fewer than 20 youths in Akpo local government area of his constituency benefitted from this project.

Another aspect he also engaged in is the housing scheme. In this project, Hon Usman Bello Kumo provided low cost houses for not less than 20 youths as well. This has boosted the human capital development among the beneficiaries who are now left to be productive in their fields of endeavour without domestic constrains.

Another very important project he embarked on is that of the provision of portable drinking water in Pindiga suburbs. This is an area that has existed for many years in difficulty of accessing water especially during the dry seasons. This has affected healthy living and encouraged breakdown of diseases like cholera and diarrhea. He ensures that portable drinking water through the construction of boreholes that meet the UNICEF standards were constructed. This has drastically improved healthy living and easy access to good drinking water.

On the aspect of education, the growth in population in Nigeria and in the North East in particular is above the average figures. The United States Census Bureau has places Nigeria’s population growth at 3.2% per annum. With a population of 195.5 million in 2019, Nigeria’s population will be approaching 400 million by 2050. With this estimated pattern of population growth, such amenities like education require more investments and expansion to meet the growth demand. They require more infrastructure, supportive policies as well as human capital.

On his side, Hon. Usman Bello Kumo has constructed six primary and secondary schools to support the provision of the required infrastructure within his comstituency. He has also provided scholarship to some individuals as a means of enhancing capacity in the education sector.

As a Godly and spiritual conscious personality, he also supported people of all spiritual inclinations within his constituency. This has promoted unity and progress among the the people. He has funded Christians to Jerusalem and Muslims to Mecca. He has also constructed worship centres that also include mosques.

One very important issue that might have led to the anomalies found in the police service in the country could be the lack of synergy among the various sectors running the police force. Among others, include the lack of remuneration of personnel in the force. Of recent about 1000 police personnel were left without payments almost 12 months after induction into the service. Hon. Usman Bello raised the motion in the House that led to them receiving their entitlements.

It is necessary for such committed personalities with genuine political will and dedication to service to be revisited in the interest of the public. It is by this that they will be directed and guided in making right choices to support developmental progress in their communities. Indeed Hon. Usman Bello Kumo remains politically indispensable in Gombe state.