UNICAL Fumigates Ahead Of Resumption

8 Convicted For Not Wearing Facemasks In Edo 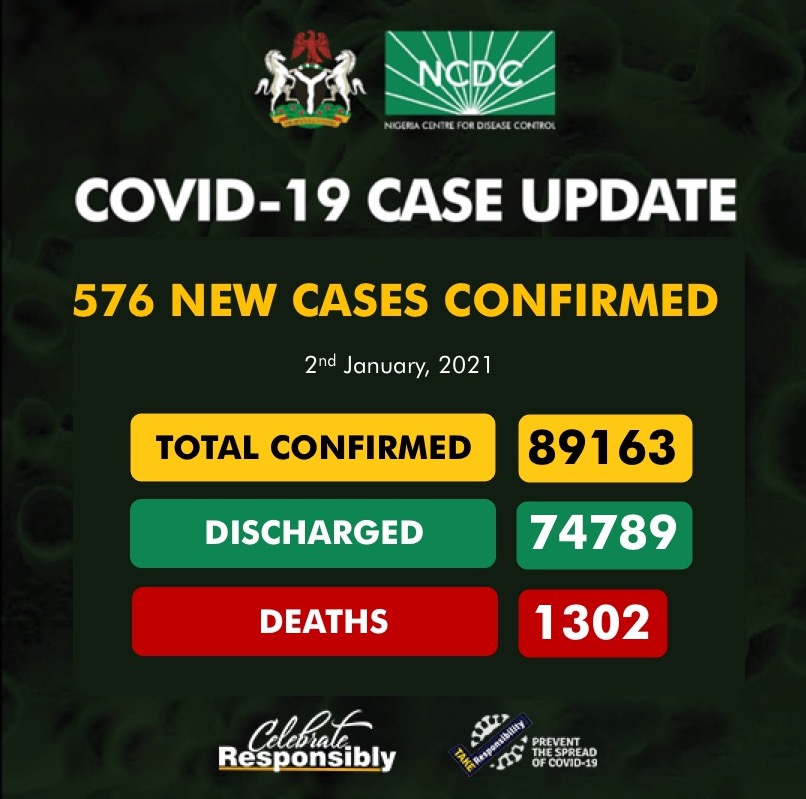 The Nigeria Centre For Disease Control (NCDC) has reported 576 new cases of the Coronavirus (COVID-19) in the country.

The NCDC made this known on twitter on Saturday.

The News Agency of Nigeria (NAN) reports that the country has so far tested 952,975 persons since the first confirmed case of the COVID-19 pandemic was announced on Feb.  27, 2020.

It said that the country with the 576 new cases that the total number of infections in the country is now 89,163.

The agency sadly said that the  total death cases recorded in the country is 1,302.

It, however, stated that 74,789 patients had been discharged from the various isolation centres in the country, having tested negative to the virus.

The NCDC said that the 576 new cases were from 14 states and the Federal Capital Territory (FCT).

It said that Lagos state recorded the highest figure with 277 new cases, followed by the FCT and Oyo with 90 and 51 new cases respectively.