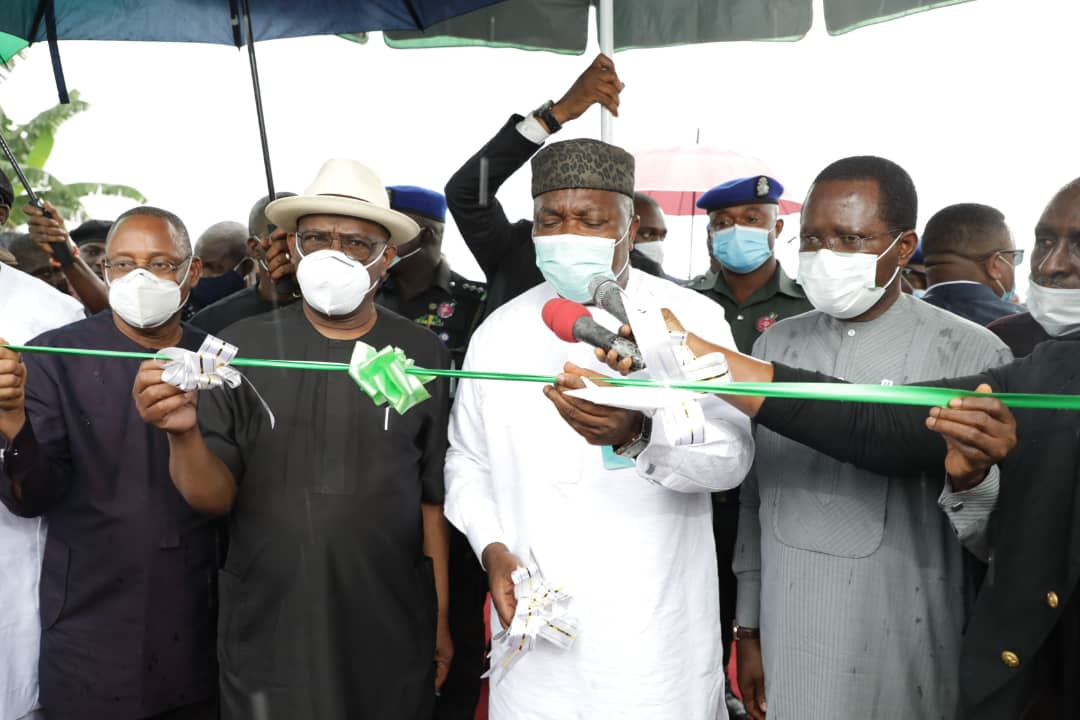 Nyesom Wike has called out the APC Federal Government for playing politics with Ogoni Clean-Up recommended by the United Nations Environment Programme (UNEP).

He noted that Ogoni having played a pivotal role in the economic development of Rivers State and the country deserves more than what is currently being offered to the area.

Governor Wike stated this during the commissioning of the 16.06 kilometers dual carriage Sakpenwa-Bori Highway by the Governor of Enugu State Dr. Ifeanyichukwu Lawrence Ugwuanyi in Bori, Khana Local Government Area of Rivers State on Tuesday.

The governor urged Ogoni people to stop believing those who use Ogoni clean-up exercise at the turn of election year to deceive them and wondered why clean-up never happens when elections are over.

“I am not like Federal Government. They promised you they will do Ogoni clean-up. Has it been cleaned? I promised you road, have I done it? So you can see the difference between our party and their own party. The difference is clear.

“When election comes  in 2023, they will start another clean up. You people don’t even ask question. Why is it a year to election that Ogoni clean up will always commence? Now that there is no election are they doing clean up now? Watch from next year they will start clean up,” the governor said as he reiterated that the Federal Government was playing politics with the Ogoni Clean Up.

Governor Wike said it  has remained undisputed that only the governors of the Peoples Democratic Party (PDP) are delivering development projects to their people.

In their good will message, former President of the Movement for the Survival of Ogoni People (MOSOP), Ledum Mitee said several governors used the road as point of political campaigns, but all failed to fulfil such promises.

He said if the money wasted on the abandoned monorail by the immediate past administration was properly channelled, more flyovers and roads would have been achieved in the State.

Similarly, the president of Kagote, Hon Emma Deeyaah said Governor Wike has wiped sway their tears and solved the nightmare situation that the road caused the people.

President of Gbokabari,  Senator Ben Birabi noted that such quality of roads are hardly delivered in Ogoni land and said Governor Wike has re-energised the spirit of freedom in the state and has performed above expectations despite the lean financial resources.

Discussing Buhari Not Good For My Health – Soyinka