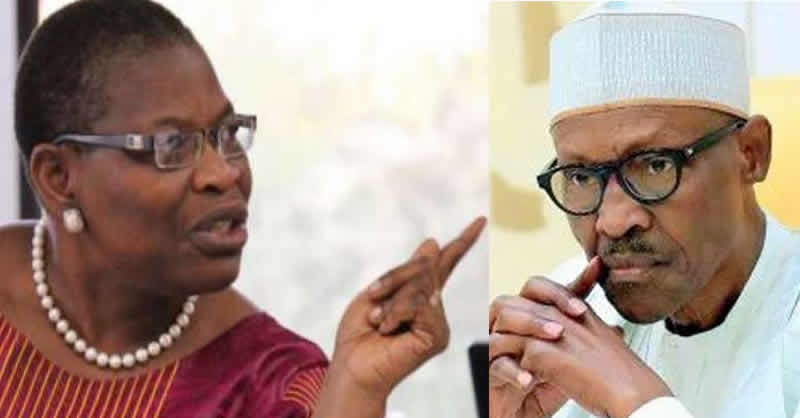 President Muhammadu Buhari should expand prisons in the country if he insists on keeping Omoyele Sowore in detention, former Education minister, Oby Ezekwesili, has said.

GWG recalls that Sowore and other activists were arrested on New Year’s Eve in Abuja for holding a peaceful protest against bad governance.

Ezekwesiki, speaking on Monday on Arise Television, disclosed that Buhari should expand prisons in the country to create more cells to accommodate protesters if it fails to release Sowore and other four activists as they have the right to protest in a democratic society.

She said:  “There is nowhere we have seen change happen without the resilience of a segment of the population to act regardless of the oppression that may be against it. That is why we must all applaud the resilience of Yele Sowore. Some people are not fair to him in dismissing his advocacy. I don’t dismiss it at all. Every society needs a Yele Sowore and all other groups and movements that consistently advocate for a good society.

“The truth is that the only pillar that has the motivation and has the right incentive to push for change in this society is the citizens’ pillar. Our current political class are not going to overwhelm all of the citizens.

“It will do the president good to ask that Yele Sowore and the other citizens that were imprisoned for merely protesting be released. Everybody in a democracy has the right to protest and that right can never be taken by anyone.

While noting that Buhari should expand prisons if he insists on keeping Sowore in detention, she said:

“The president will think of establishing many more cells because if he continues to keep Yele Sowore, his (New Year) speech will mean nothing to anybody, not as if to say anybody bothers to believe what he said because what we have consistently seen over the past years is a president that says one thing and does a completely different thing.”