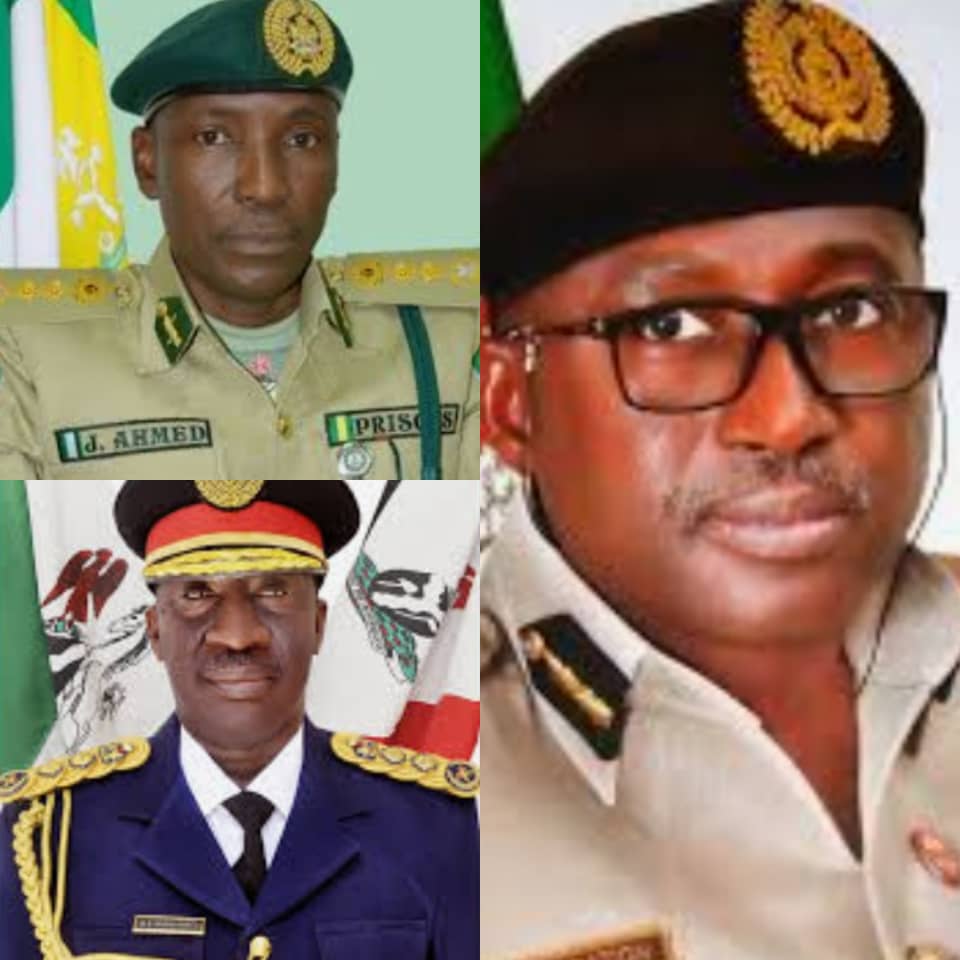 There is unease in the ranks of some of the country’s major paramilitary outfits following indications of another extension in office for heads of the outfits despite having passed their retirement points long ago.

This is as the Minister of Interior, Mr. Rauf Aregbesola, has been warned that the continuous tenure elongation by him for the heads of the nation’s paramilitary agencies is not only illegal, but detrimental to the overall development and career progression of the personnel.

The CEOs have exceeded the mandatory ages and years in the services and had their tenures extended last year by the Minister of Interior.

PRNigeria gathered that Aregbesola, who is also Chairman of the Civil Defence, Correctional, Fire and Immigration Services Board (CDCFIB), endorsed the extension of tenures of the Controller-General of Nigeria Correctional Service (NCoS), Jaafaru Ahmed; the Commandant-General, Nigeria Security and Civil Defence Corps (NSCDC), Abdullahi Muhammadu Gana, and the Comptroller-General of Immigration, Muhammad Babandede.

Ahmed, Gana and Babandede, courtesy of the Interior Minister, had their already-elapsed tenures extended for six months, last year.

The initial extension of the tenure of Ahmed as NCoS boss, by President Muhammadu Buhari for one year from July 21, 2019 to July 21, 2020, PRNigeria gathered, was due to his track record of pioneering innovative reforms in the prison service.

The tenure of Jaafaru Ahmed, who clocked 60 years of age in 2019, and mandatory 35 years in service in 2020, was later extended by the Minister of Interior, for an additional six months to consolidate and implement some key programmes and policies, especially on human rights compliance, infrastructural development and welfare of staff and inmates. His extended second extension will now end on January 21, 2021.

Born in Birnin Kebbi, the Correctional Service helmsman, obtained B.A (Hons) in History from Ahmadu Bello University (ABU) Zaria, in 1984. He began his working career as an Education officer at the Sokoto Ministry of Education in October 1985, before transferring his service to the Nigerian Prisons Service in 1989, as a Superintendent of Prisons. He subsequently rose through the ranks to become an Assistant Comptroller-General of Prisons in 2008, and was appointed Comptroller-General, on May 17, 2016.

Meanwhile, Muhammadu Gana, was appointed as the second substantive Commandant–General of NSCDC in July 2015, by President Buhari. His tenure expired in July 2020, and was granted a six-month extension, which will end this January 2021.

Born in Lapai, Niger State, Gana obtained a Bachelor of Science degree in Sociology from University of Sokoto 1986, now called Usmanu Dan-Fodio University (UDUS), and a Master’s degree in Law Enforcement and Criminal Justice from ABU Zaria. He had worked in the private sectors for over a decade before transferring his service to NSCDC in 2000.

On his part, Babandede, the Comptroller-General of NIS, is currently the longest-serving top officer of the agency, after joining the service in June 1985, and has spent 35 years in service. He hails from Jigawa State.

The Immigration Service boss holds a Bachelor of Arts degree in History and Islamic Studies; together with a Master’s degree in Law Enforcement and Criminal Justice, from ABU Zaria.

In the meantime, PRNigeria gathered that Aregbesola, who has the final say on the expired but extended tenures of the NIS, NCoS and NSCDC bosses, being the Chairman of CDCFIB is believed to be planning to recommend a further extension of the tenures of these officers.

Meanwhile, some concerned retired and serving officers, as well stakeholders in this sector speaking on the condition of anonymity, have expressed concerns over what they described as “detrimental policy of tenure elongation” for heads of paramilitary agencies.

Some of them expressed the fear that the practice of extending the tenure of any public officer is counterproductive, demoralising and detrimental to the career progression of officers in public service and could set bad precedents with dangerous consequences.

A retired Immigration Officer and human right lawyer, Barrister Daniel Makolo last year in a petition pointed out that the Minister of Interior lacked the power to extend the tenure of Mohammed Babandede, comptroller-general of the Nigeria Immigration Service (NIS).

In a letter addressed to the minister, who was former Governor of Osun State, Makolo said the CDFIPB chaired by Aregbesola had no legal power “to recommend or extend the statutory tenure of any public servant in the same capacity, no matter and however indus­trious such officer may be.”

He said the Public Service of Nigeria is statutorily designed with specific provisions for entry and exit lawfully and that once a tenure comes to an end, a further stay in the office is arbitrary, immoral, wrongful and unlawful.

“The practice of arbitrary, illegal elongation of the statutory tenure of public office occupants sets a dangerous precedent for bureaucracy and national security.”