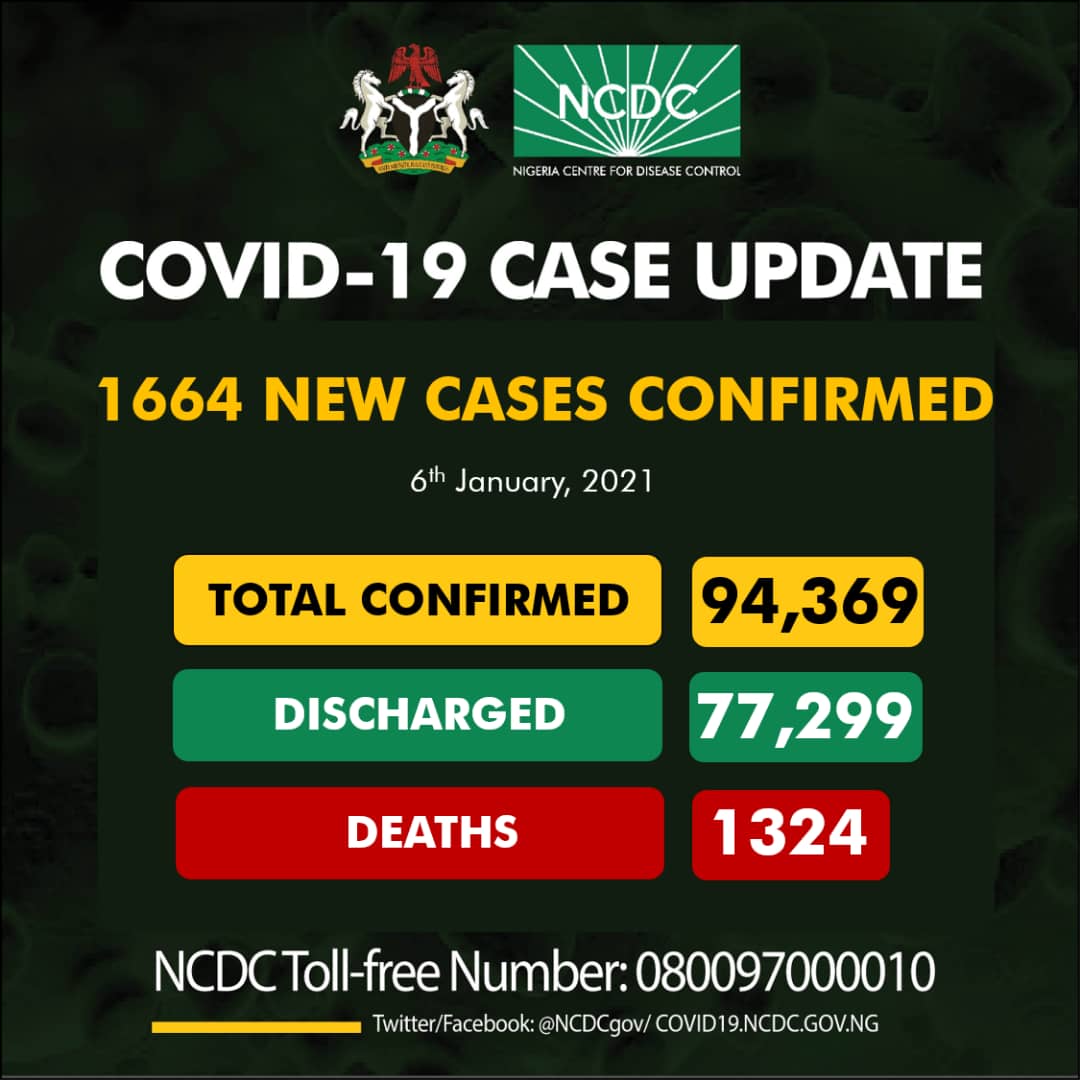 Nigeria on Wednesday hit another new peak of 1664 new cases of the COVID-19 pandemic following an 18% spike in the new cases recorded the day before on Tuesday, January 5, 2021.

GWG reports that the peak on Wednesday followed daily new peaks since Monday, indicating more rapid spread of the pandemic since the beginning of the New Year.

The 1664 new cases brought the total number of confirmed infections in the country to 94,369 since the first diagnosed case last February. Out of that, 77,299 have been successfully treated while the country has recorded 1,324 deaths.

Lagos had the highest number of new cases on Wednesday with 642 cases followed by FCT, 407 and Plateau, 160 new cases.

The NCDC in its report on the developments in the day tweeted thus: