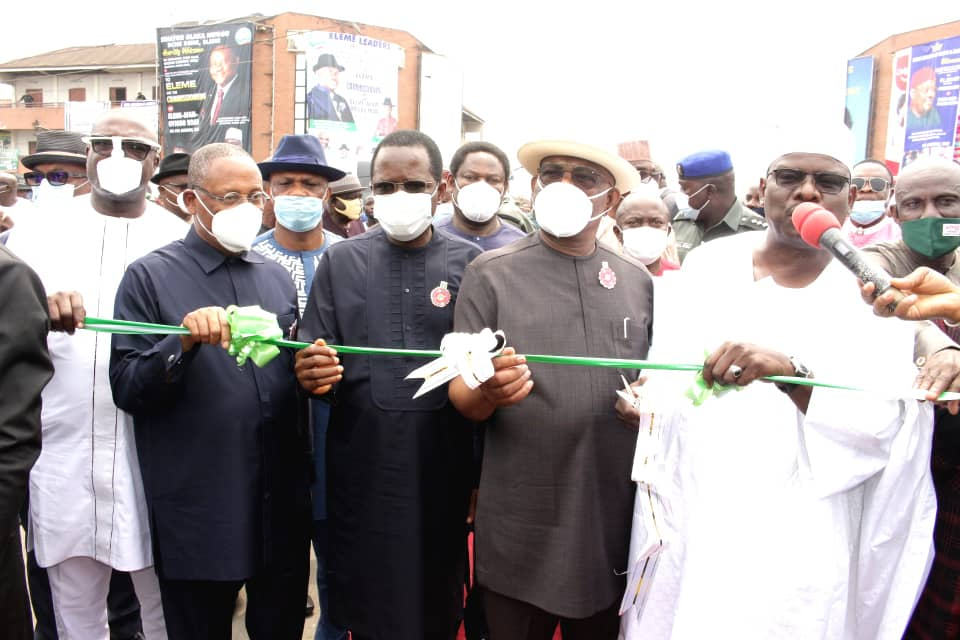 Former Senate Leader and APC chief, Senator Ali Ndume praised Wike on Wednesday as a true nationalist who does not shy from speaking truth to power.

He spoke on Wednesday at the inauguration of the 11.53 kilometers Agbonchai-Afam road,  connecting Eleme and Oyigbo Local Government Areas performed by him.

Ndume who said he felt truly humbled to perform the inauguration described Governor Nyesom Wike of Rivers State as one who always stands out as one who speaks the truth to power courageously.

“Governor Wike is my very good friend, a trusted leader, a very honest person. One thing we have in common is that, as a leader,  you must stand out and speak the truth even if you’re alone and Wike is known for that.

“There is new hope for the state and he is Wike. Now,  Rivers is not only becoming a Garden City again but it is becoming a Golden City. May God continue to give you (Wike) the strength.

“And from today,  know that you’re a leader in this country. If you’re not a friend and a nationalist, I will not be here,  Fayemi will not be here and many other APC Governors.

“You’re one of the true Nigerians that I ever know.  And if we have people like you that speaks the truth to power, Nigeria would have been better off for all of us.”

How APC Chief Ndume Praised Wike
Speaking further,  Senator Ndume commended Governor Wike for his feat in the fight against insecurity in Rivers State that has given the people the liberty to come out to participate in such event without fear.

“You don’t know what you have until you lose it. What you’re doing here, we will never try it in Borno State. You can’t invite people like this and everybody, comfortably, listening to somebody speaking without looking around. So, we have to thank God.

“Honestly, let me say here that Nigeria is lucky to have not only Rivers State but Rivers people. South-South, particularly Rivers people are the great people of Nigeria. What you’re giving to this country; if Rivers is not there, Nigeria will not be there.”

Rivers State Commissioner of Works, Elloka Tasie-Amadi,  said prior to this time the road was a nightmare replete with all the negatives that derive from such a situation. But, today it is something that brings joy and with it, the obvious tangible and psychological benefits that come with any good transportation access to any location or locality.

“This is an 11.53km long road project, 8.5m wide with 7km of drainage. It connects Eleme in Eleme LGA to Afam in Oyigbo LGA, a very good and useful road in the movement of farm produce and pursuit of local trade.”