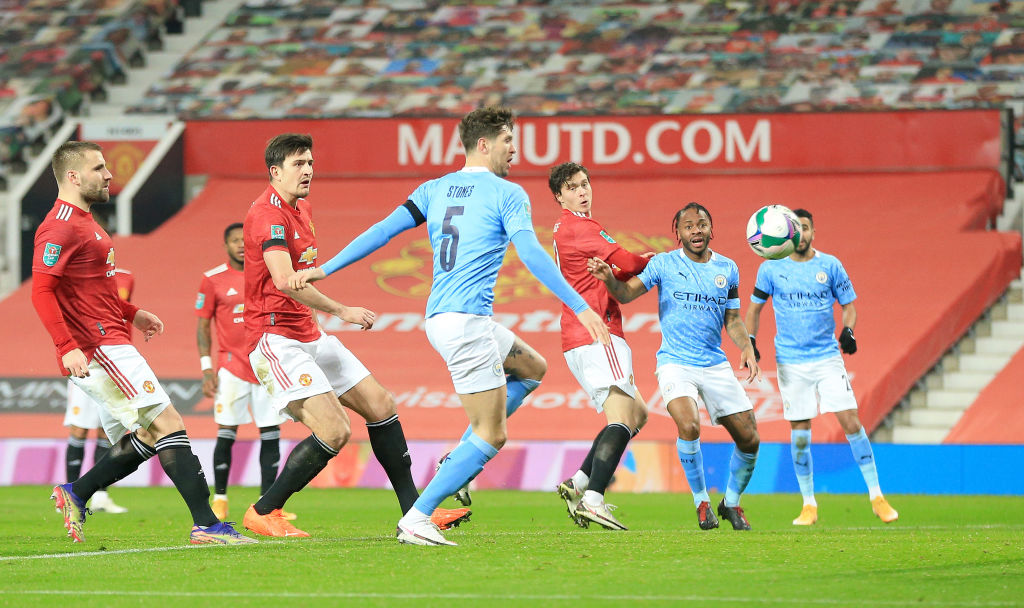 Pep Guardiola is set to meet old rival and Tottenham coach, Jose Mourinho City in the Carabao Cup final after City defeated United in the Manchester Derby on Wednesday night.

This was United’s fourth Semi-final loss while City will play in their fourth consecutive Carabao Cup final.

Only Liverpool has matched City’s record of appearing in four consecutive finals of the competition.

In the opening minute of the game, Manchester Derby, the Red Devils thought they had gotten an opener when John Stones scored an own goal, only for the goal to be chalked off for  offside done by Marcus Rashford in the build up to the goal.

Ikay Gundogan will also see his goal ruled out for offside in the fourth minute. The frenetic game got more intense as Bruno Fernandes drew a save from Manchester City’s goalkeeper for the night, Zack Steffen in the eighth minute.

Not long after, Kevin De Bruyne’s effort beat Dean Henderson, but not the framework. Phil Foden joined the list of players to be found guilty for offside, despite finding the back of the net later in the first half. Going into the tunnel, the game was deadlocked at 0-0

Five minutes after the restart, John Stones nudged in from a Phil Foden perfectly timed free kick into the box for his first goal since November 2017. It was the English international’s goal jubilation for the first time in 1,162 days.

Riyad Mahrez and Raheem Sterling were prevented from extending City’s lead by Dean Henderson before Fernandinho’s 83rd-minute volley found its way into the net to separate the winners from the losers.

Pep Guardiola has now setup a final showdown against a rivalrous Jose Mourinho in the final at Wembley on April 25 after his team City defeated United.

Liverpool are only the second side to reach four consecutive finals in the competition after Liverpool, who did so between 1981 and 1984.