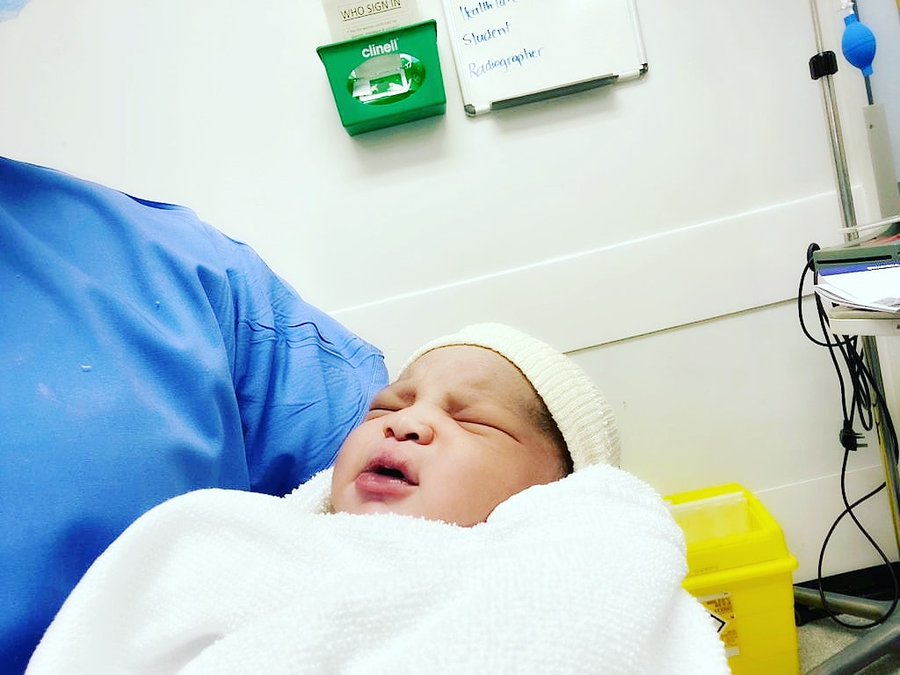 Femi Fani-Kayode has been lapping up congratulations from his Twitter associates on the arrival of a newborn baby. However, the congratulations were laced with questions as Fani-Kayode was tasked with the identity of the mother and teasers that the former aviation minister was still giving birth to children at the age of 60.

Fani-Kayode had gone on twitter on Saturday to welcome the new born who has some resemblance to the former aviation minister.

While presenting the picture of the new born baby, he, however, kept cropped the mother of the baby away.

He had prayed for the new boy thus:

“Welcome to the world son! You are a great blessing. I am so happy and so proud of you. God bless and keep you now and always. You shall fulfill your purpose and achieve destiny,” he wrote.

GWG reports that the delivery of the new baby comes three months after the public spectacle with his fourth wife, Ms. Precious Chikwendu that led to the collapse of the marriage.

Ms. Chikwendu had accused him of being a brute among other allegations. Mr. Fani-Kayode had, however, rebuffed her with the claim of catching her in bed with another man.

Mr. Fani-Kayode was, however, seriously defended by his second wife, Mrs. Regina Fani-Kayode who is presently his only legally married wife. She rebuffed the claims of Precious that her husband is a brute describing him as a loveable gentleman.

Mrs. Regina Fani-Kayode who is based in Ghana said that she allowed Precious to marry her husband because she chose to stay in Ghana but that Precious did some yet unpardonable things against Fani-Kayode.

Following the collapse of the marriage to Precious, other women have also been pictured with the former aviation minister.

Given the passion that has followed the former minister’s support for outgoing US president, Donald Trump, one of his well-wishers urged him to name the baby Donald Oluwafemi Fani-Kayode!