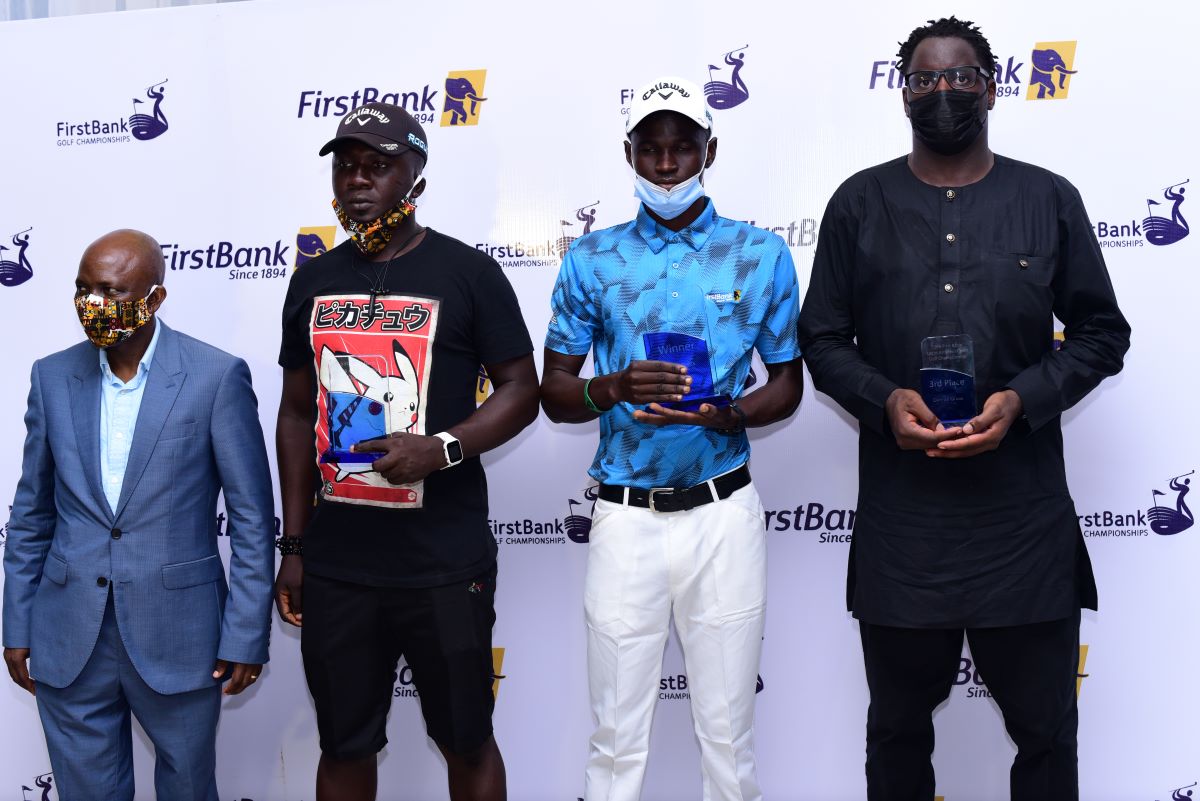 Ikoyi Club based category-1 amateur golfer, Ajayi Tajudeen has emerged winner of the 59th edition of the FirstBank sponsored Lagos Open Golf Championship. Ajayi closed with 1-under par 70 for a total of 7-over the course par to win the Championship by two-shots after 56-holes.

Happy at the recently held golf tourney, Ajayi adduced his success to hard work, saying “I practiced a lot”.

“There is no short cut to success which is why I take the sport very seriously. I was well prepared for this tournament because I practiced a lot”, he said in a chat with newsmen shortly after being declared the Champion.

With his victory, Ajayi replaces Peter Eben-Spiff on the FirstBank Open winners list.

Playing 4-shots adrift going to the final round, Ajayi recorded bogey free 18-holes to steal the show ahead of overnight leader, Gabriel Ejembi who carded a closing 76 for 9-over the course par over 56-holes to beat clubmate Ejembi to the second position.

Satisfied with the outcome of the competition, Olusegun Alebiosu, the Chief Risk Officer of FirstBank, who represented the Bank’s Chief Executive Officer, reiterated the banks continuous support for the championship.