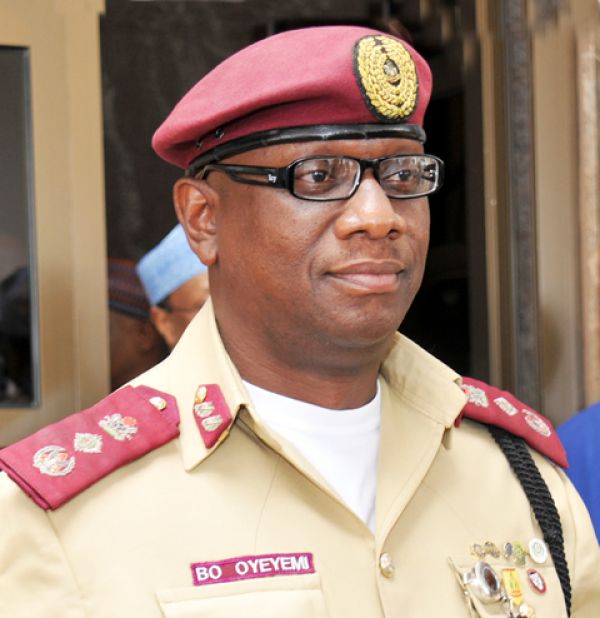 The Corps Marshal, Federal Road Safety Corps (FRSC), Dr Boboye Oyeyemi, has advised commercial drivers and private vehicle owners who indulge in night travel to desist from it to reduce fatalities from road traffic crashes. The FRSC corps marshal gave the warning against the background of frequent accidents during night journeys.

The Corps Public Education Officer (CPEO), Assistant Corps Marshal (ACM) Bisi Kazeem, said this in a statement made available to News Agency of Nigeria (NAN) on Sunday in Abuja.

Oyeyemi warned that night trips, which were often characterised by poor visibility, fatigue, sleeping on wheels, speeding among others, were  not only unsafe, but also  dangerous.

According to him, the warning is imperative owing to the dangers, risks and the rising cases of fatalities occasioned by road traffic crashes recorded at night.

The warning came on the heels of reports of fatal crashes recorded at night at the beginning of the year leading to the death of several road users, while others suffered different degrees of injury.

“It also regretted that on January 5, 2021 alone, an avoidable fatal crash occurred in Kabba, Kogi State, which involved two vehicles that had head-on collusion owing to several factors including fatigue and sleeping on the wheels.

“The crash involved the driver of a white Toyota Hiace bus ( MSA 942 XA) that contravened COVID-19 protocols on physical distancing by overloading the bus with 18 passengers instead of the prescribed eight passengers,” he said.

He maintained that crashes that occurred  at night were more fatal than those  that happened during  day time and regretted  that on Jan. 9, 2021, two  vehicles also had accidents in Nasarawa.

“A white Sienna (KUG 538 BJ) and a Sharon bus without a number plate were involved in a fatal crash on Akwanga-Keffi road leaving the entire 17 passengers on board burnt beyond recognition,” the statement read.

It said intelligence report revealed that most fleet operators and other vehicle owners, including private vehicle owners who were addicted to night journeys did so for selfish economic gains.

The statement also regretted that most night travelers indulged in unnecessary overloading of vehicles with both passengers and goods and to avoid arrest and enforcement on physical distancing by FRSC patrol teams.

The FRSC corps marshal, therefore, warned that even though, the Corps lacked the statutory powers to ban night trips, it had become very critical and a matter of urgency for those involved in night trips to avoid it.

“Travellers should learn how to  plan their journeys in the day time because often times, when crashes occur away from FRSC rescue points, its difficult to access help from motorists at night,” he said.

He warned passengers whose journeys could wait for the next day to resist any temptation that could lead them into traveling at night.

The Corps Marshal warned that deaths arising from night travels were not only avoidable and preventable but totally unacceptable, hence the need for all to be cautious.

“On our part, the Corps will continue to double its efforts by constantly engaging the motoring public nationwide, through aggressive awareness and sensitisation campaign, until the desired result is achieved,” he explained. (NAN)