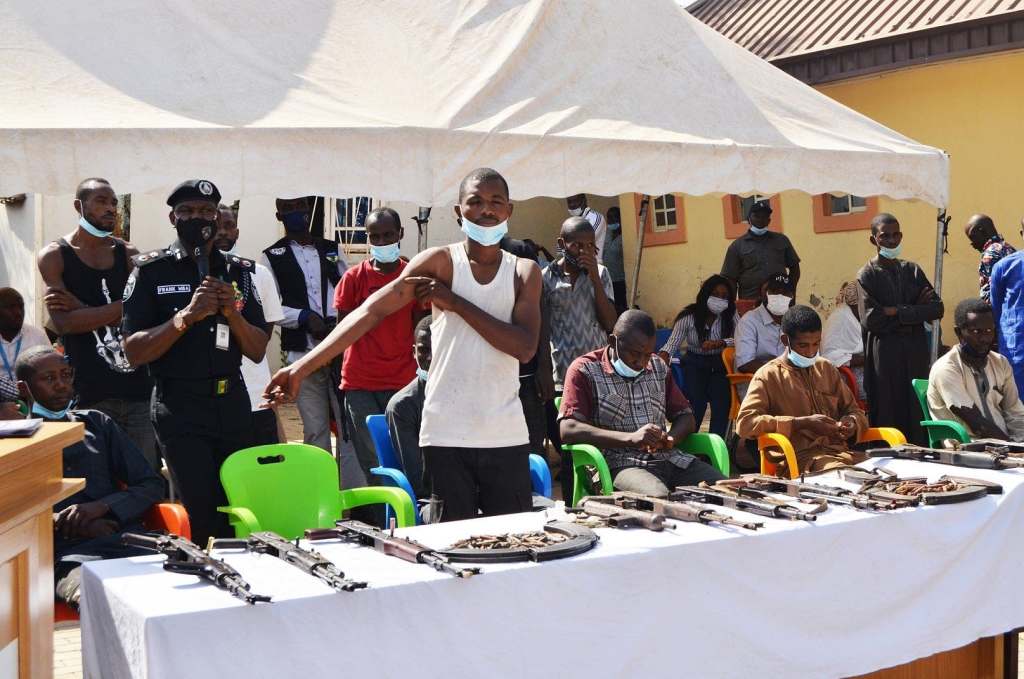 A notorious kidnapper identified as Mohammed Ahmadu paid N1.5 million to regain his freedom from another kidnapper, Abubakar Umaru a.k.a Buba Bargu abducted him.

Force Public Relations Officer, CP Frank Mba, disclosed this while parading both kidnappers alongside other criminals in Abuja on Monday.

He said Buba was notorious for kidnapping citizens on highways around Abuja.

According to Mba, Buba was third in command of a kidnap syndicated headed by one Buji, who was neutralized by the police alongside the second in command.

He took leadership of the gang and was notorious for always killing kidnap victims.

Ahmadu, a notorious kidnapper on his part, was abducted when he came to their hideout in the forest to sell live ammunition to the group.

Mba further stated that when the abducted Ahmadu hesitated to pay, he was shot in the arm until his gang members paid the ransom.

Ahmadu confessed there was a time his gang kidnapped 20 victims at a time and he had saved up to N15 million from his nefarious activities.

He added that he witnessed an operation where Buba kidnapped 55 persons from a luxurious bus at a time.

Mba said Ahmadu had boasted he had charms and could not be shot. Babu shot him to show how serious he was.

He also said Ahmadu was known as “Confirm” because he was a reputed marksman adding to his reputation as a notorious kidnapper in the underworld.