I Am Alive And Surviving COVID-19 - Bisi Olatilo 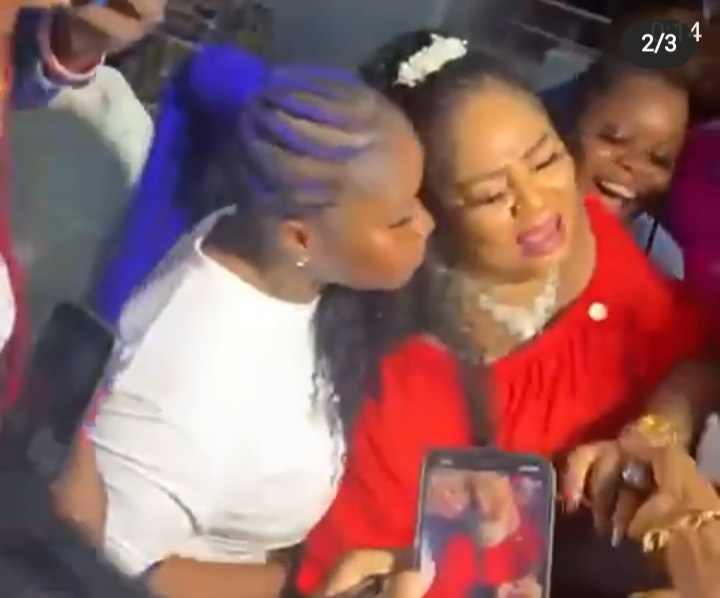 It was the birthday of Ms. Rita Daniels on Tuesday and her daughter, Ms. Regina Daniels, wife of billionaire politician and businessman, Ned Nwoko gifted her a N15 million Prado SUV.

The video of the presentation accompanied with dollar rain inside the vehicle and in a party arranged for her has attracted much felicitation from friends and foes.

Regina Daniels’ associates in the film industry have praised the gesture among whom are Chioma Akpotha.

However, the claim by the actress that the N15m money came from her hard earned money is one that has ruffled some in social media.

GWG gathered some of the comments.

@im.tolu wrote “That’s y she sold her to ned. She’s reaping what she sold”

@mademanyooo wrote “So this is what the shameless mother wants…..chai”

@nurse_giftygabriel wrote “This was the agreement Rita entered with her daughter to be carried along. Congrats anyways”

I Am Alive And Surviving COVID-19 – Bisi Olatilo