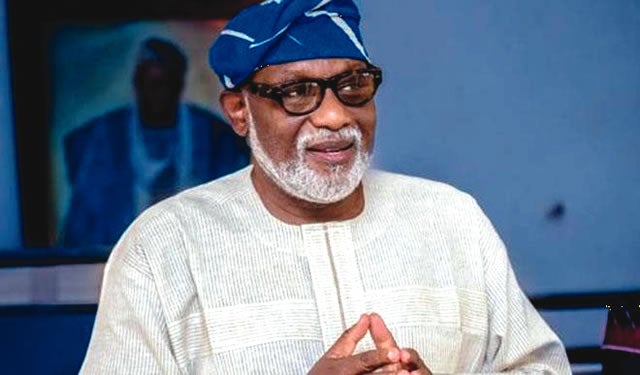 The Federal High Court in Abuja has dismissed another suit against challenging the validity of the emergence of Gov. Oluwarotimi Akeredolu as the candidate of the  All Progressives Congress (APC) in the July 20 primary election. The suit against Akeredolu was dismissed on Wednesday.

Delivering a ruling, Justice Inyang Ekwo, dismissed the suit filed by Mrs. Olajumoke Anifowose, an APC aspirant in the poll.

Ekwo held that the application was statute barred.

Akeredolu was declared the winner of the Oct. 11, 2020 governorship election in the state after polling 292, 830 votes to defeat his closest rival, Mr Eyitayo Jegede of the PDP, who scored 195, 791 votes.

A Federal High Court had on December 16, 2020 dismissed another suit challenging the validity of the July 20, 2020, primary election which produced Akeredolu as the APC candidate in the October 2020 election in the state.Delivering judgment in that matter, instituted by an APC governorship aspirant in Ondo State, Dr Nath Adojutelegan, Justice Okon Abang held that the case was statute-barred as it was not filed within 14 days of the arising of the cause of action.

The judge in upholding the notices of preliminary objection filed by Akeredolu and the APC held that from the facts presented by the plaintiff the crux of his grouse was about the use of the indirect mode of the primary election, which he objected.

The court action on Wednesday is besides the action instituted by the PDP candidate, Eyitayo Jegede who in another suit against Akeredolu was not validly nominated as the candidate of the APC for the election.

His claim has been rebuffed by the APC which described him as an interloper in the matter being that he is not a member of the APC.

Exco: No Crisis Between Obaseki And PDP – Idahosa