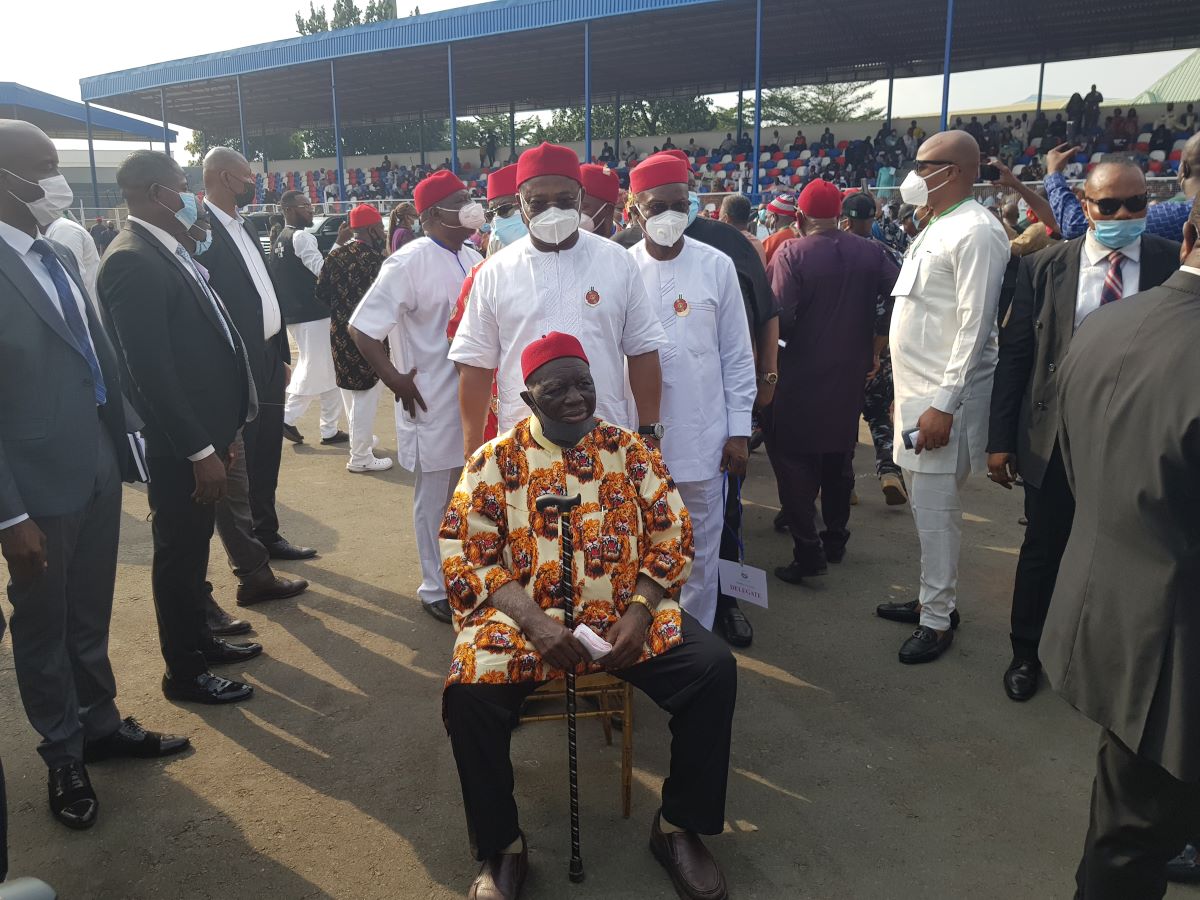 He specifically alleged that President Muhammadu Buhari’s Chief of Staff, Prof. Ibrahim Gambari and Miyetti Allah were the points men in the emergence of Obiozor as the new president-general of the apex Igbo socio-cultural group.

While saying that Obiozor as a person may not be evil, IPOB said that the antecedents of those who imposed him do not give cause for cheer.

A statement by Powerful said: “We the global family of the Indigenous People of Biafra (IPOB) ably led by our great leader Mazi Nnamdi Kanu, wish to state without any ambiguity, that we cannot work together with the newly appointed President General of Ohanaeze Ndigbo, Chief George Obiozor.

“This is because he was imposed on the Igbo socio-cultural body by the Fulani cabal running the failed state of Nigeria. The Chief of Staff to the President, Alhaji Ibrahim Gambari and Miyetti Allah were instrumental to the emergence of Obiozor as Ohaneze National President according to our findings.

“IPOB closely monitored the jamboree in the name of election that produced Obiozor as the new Ohanaeze helmsman, critically analysed the antecedents of those behind his emergence and came to the conclusion that we cannot in all honesty work with him because we are not ideologically compatible. Obiozor may not be entirely evil but those behind him are unrepentant.”

The claim by IPOB that Obiozor was imposed follows his election last weekend in Owerri where he was returned as the unopposed candidate at the Ohanaeze election.