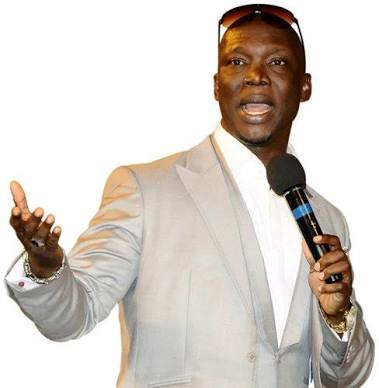 The governor’s felicitation was conveyed in a statement by his Chief Press Secretary, Mr Olisa Ifeajika, on Saturday in Asaba.

Okowa said Gordons was a quintessential comedian, whose contributions to the development of the entertainment industry, especially comedy in Nigeria were remarkable.

He extolled the comedian, who is a chief in Udu Kingdom of Delta, for his patriotism, humility, mentorship and support in building talents, adding that he remained a good ambassador of Delta.

The governor remarked that as an actor, singer and compere, Gordons had brought his many years of experience to bear in his performances on stage, particularly with his “Gordons Comedy Clinic”.

“As one of the funniest comedians Delta has produced, we are proud of your many achievements in the comedy and entertainment industry.

“On behalf of the government and people of Delta, I congratulate an illustrious son of the state, Chief Godwin Komone, aka Gordons, on his 50th birth anniversary.

“As you turn 50, your family, associates and admirers, have cause to be grateful to Almighty God for having granted you a life of wonderful accomplishments,” he said.

He prayed God to bless Gordons’ path and make him a symbol for the motivation of youths in Delta and the country.