How Military Turned Siege Into Hell For Boko Haram 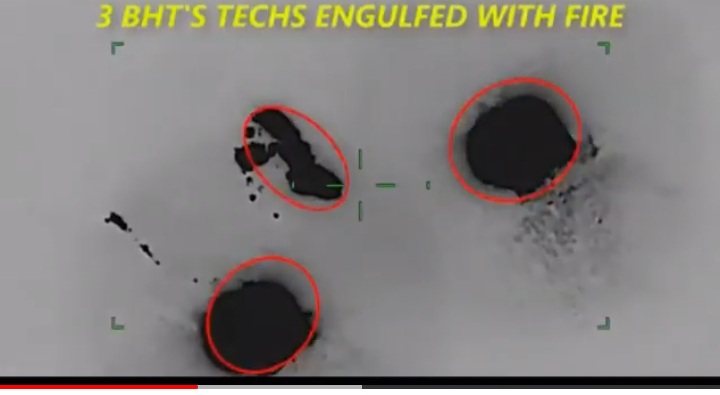 More details are emerging of how the Nigerian Army collaborated with the Nigeria Air Force on Armed Forces Remembrance Day to turn a Boko Haram siege of an army base in Borno State into hell for the terrorists.

Indeed, the recent neutralization of scores of Boko Haram terrorists in Borno State, and other parts of North East is as a result of a renewed synergy between the ground troops and Air Task Force of Operation Lafiya Dole, PRNigeria reports.

Thanks to a joint offensive launched by the air and ground troops, an attack on a military base was foiled on Friday, at Marte town.

The troops, it was gathered, first retreated from their base.

But, in what appeared to be a technical maneuver, they later returned to their military base, ambushed and eliminated several Islamic State of West Africa Province (ISWAP) terrorists while fighter helicopters destroyed the convoys of terrorists.

The troops destroyed no fewer than seven gun trucks belonging to the ISWAP fighters.

PRNigeria was told by a top military officer, that there has been significant improved relationship between the ground troops and air taskforce in recent times.

“We have seen it manifest in their recent operations, especially in the coordinated, speedy and timely counterterrorism strides, at different locations including Bama, Geidam and Marte axis, recently,” he said gushing how the Boko Haram siege turned into horror for the insurgents.

Buratai, in a statement by Brig. Gen. Sagir Musa, Director, Army Public Relations, “appreciated and commended the troops, especially the Air Task Force of Operation Lafiya Dole for their heroic and patriotic actions which resulted in the successes recorded.”

He urged them to maintain the momentum and expedite actions to ensure speedy final defeat of Boko Haram/ISWAP terrorists in Nigeria.

Meanwhile the Defence Headquarters has released a declassified video clip on the aerial bombardments on convoys of terrorists and their leaders that turned the Boko Haram siege into a horror for the insurgents.

In a statement by Major General John Enenche, the Cordinator Defence Media Operation said after successfully repelling a Boko Haram/ Islamic State of West Africa Province (ISWAP) terrorists’ attack on Marte, with the destruction of 7 gun trucks by combined ground and air operations, the Air Task Force of Operation LAFIYA DOLE obliterated additional 6 gun trucks and eliminated scores of terrorists who were attempting to reinforce their colleagues in the attack.

Enenche said the operation occurred on the night of 15 January through to the early hours of 16 January 2021 as the Nigerian Air Force (NAF) helicopter gunships engaged the convoy of ISWAP gun trucks as they approached Marte axis for reinforcement.

The helicopters delivered accurate hits in their multiple waves of attack, obliterating no fewer than 6 additional gun trucks, which were seen engulfed in flames across the battlespace.

He added that several other terrorists were mopped-up in follow-on attacks as the helicopter gunships continued to strafe the fleeing ISWAP elements.