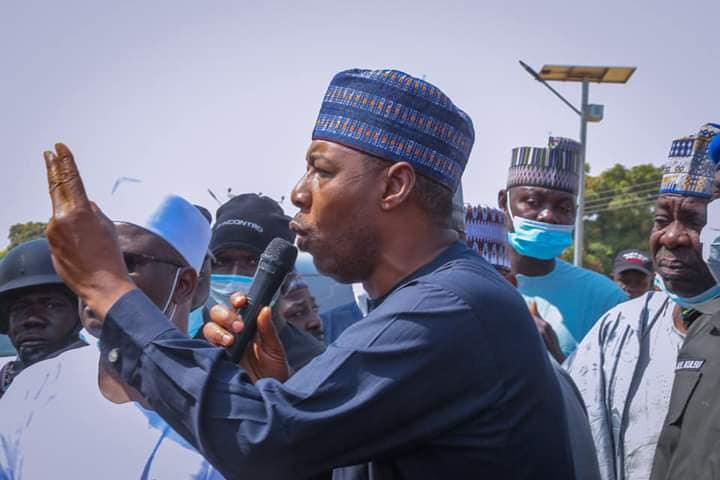 The claim by Governor Babagana Zulum of Christian elements in the ranks of the Boko Haram insurgents has sparked serious attention.

GWG reports that Governor Zulum at an event last Friday had alleged that Asians, foreigners, Christians and other Africans were part of the terror group.

The governor had said, “I’m from Borno State, and many of our children are into Boko Haram. I’m not denying the fact. But again, they are being sponsored by many people across the world. Among Boko Haram, we have white men, Asians, Africans, Muslims and Christians.”

Reacting to this development, the Christian Association of Nigeria CAN, challenged  Zulum, to post photo and video evidence of Christians whom he claimed are members of the  terror group, Boko Haram.

Apart from CAN, some other Nigerians took to the micro-blogging platform to call out the otherwise likeable governor on his claim.

Former aviation minister, Chief Femi Fani-kayode, stated that the governor’s claim had made him to lose his respect for the governor and former Presidential aide, Reno Omokri, vehemently disagreed with the governor over the claim.

Also, former lawmaker, Shehu Sani, stated that it is very unlikely for the terror group to recruit persons that do not share their ideology into their fold. GWG gathers some of their reactions below: