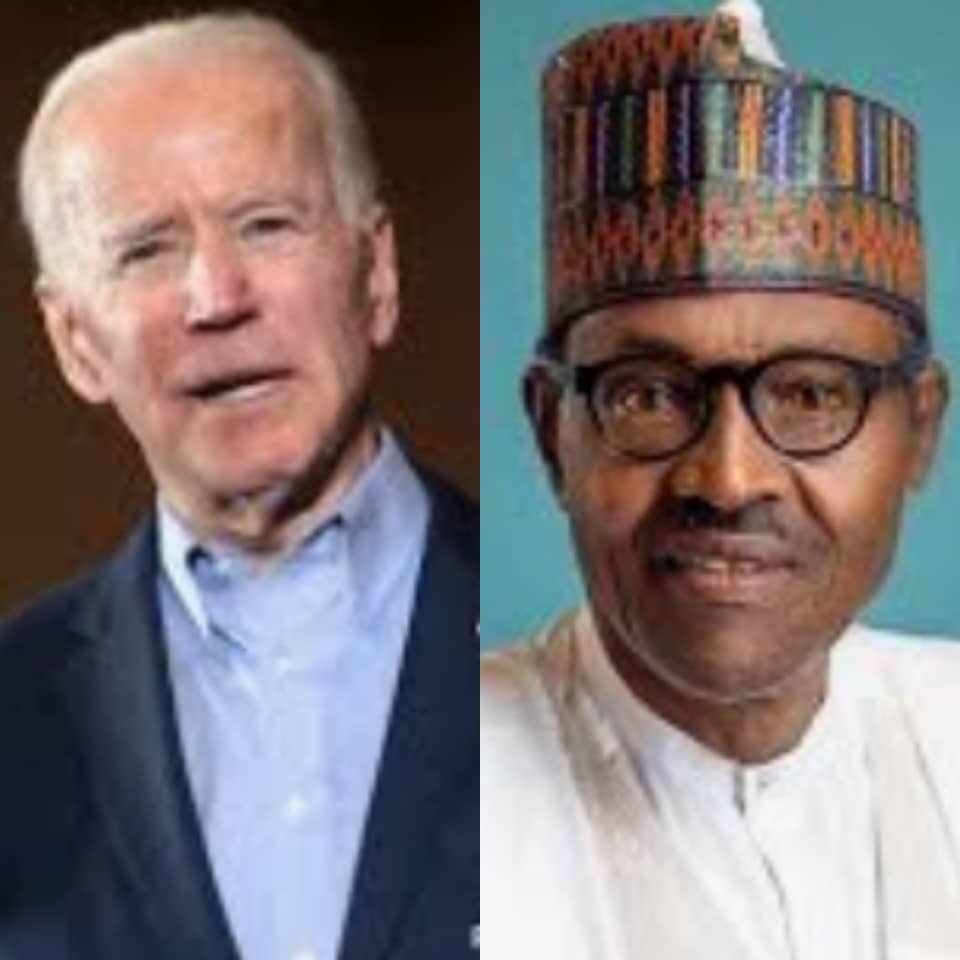 Why Biden Is Bad News For Buhari

President Joseph Biden’s inaugural speech says it all. The United States of America has overcome the attempted coup of January 6, 2021 incited by President Donald Trump. The country is set to re-assert itself as the citadel of democracy. “Democracy has prevailed.”  Democracy has truly prevailed!

The coming of Biden, therefore, is not a welcome breeze to the temple of the world’s dictators, where President Muhammadu Buhari of Nigeria now has a permanent chair.

Buhari, remember, defeated President Goodluck Jonathan in 2015 with the support of the United States under President Barrack Obama, whose second-in-command happened to be Biden. It was believed that the change mantra of Buhari’s campaign could manifest positive change not only in Nigeria but Africa at large.

But the world quickly found out the hard way. Upon assuming office, Buhari wasted no time before brandishing signs of brazen dictatorship, stocking abject political vendetta, gross human rights abuses, glaring inequity, as well as dizzying dimensions of malfeasance, as well as nonfeasance, especially in the areas of corruption, terrorism, and electoral malpractice.

The Obama-Biden administration countered by initiating measurable sanctions against Nigeria commensurate with Buhari’s excesses at the time. There was also the hope that the succeeding regime in the United States would keep Buhari accountable.

Unfortunately for Nigeria, but fortunately for Muhammadu Buhari, Obama’s successor turned out to be Donald Trump, whose foreign policy was diametrically opposite to those of his predecessors. Not only did Trump spearhead an ‘America First’ doctrine that generally viewed the outside world as a miasmic burden, he also equated the entire African continent as a “shithole.”

Though the U.S. issued occasional rebukes of the Buhari regime, it was easy to read that Trump’s shitty notion of Africa was no joke. Any serious attention on Nigeria was appraised as a plain waste.

Given that America—the only country he is said to fear—did not seem to care, Buhari quickly capitalized. He would carry on with gross abuse of office without fear of serious consequences for his behavior.

But change has become inevitable with Biden as U.S. President. His people and policy thus far bear a striking resemblance with those of Obama. In short, pundits have already labeled the new American government as the Obama’s third term. Of no less importance is that Biden’s vice-president, Kamala Harris, is an African American with interesting family ties to Nigeria.

As the world’s 7th most populous nation, Nigeria matters, and more so to the United States. Unlike the Trump regime, the Biden-Harris administration is keenly aware. The new team has a good grasp of the situation in the African country. They do not need to be told that Nigeria has taken a turn for the worse since the last time Mr. Biden was in government. Africa’s most resourceful nation becoming the home of the world’s poorest people is world news.

Biden Bad News For Buhari – Why?

Biden knows Buhari is the problem. As a leader whose inaugural address focused on uniting America regardless of political persuasions, Joseph Robinette Biden knows the problem began with Buhari’s divisive, vindictive, authoritarian, and unapologetic approach. Obama’s Vice-President vividly remembers Buhari’s state visit to Washington, DC late July 2015 where the Nigerian leader had the temerity to use the august occasion to declare that he would perpetrate political vendetta on the constituents who opposed him.

Biden has seen a similar movie before. Donald Trump!

Though Buhari is a goldbrick, slowpoke, and neither charismatic nor loquacious, the Nigerian president actually has more in common with Trump. For example, both assumed power; preaching integrity, only to gain the power to emerge as stone-cold bigots and, by far, the most authoritarian, vengeful, tribalistic, and toxic leaders their respective countries have ever known.

Like Trump, Buhari not only enables election rigging, he has already left democracy worse than he met it. Needless to mention that the two men condone police brutality against certain tribes and creeds in their native countries. It was not a coincidence that the two deadliest protests of this century, Black Lives Matter and #EndSARS, were witnessed under Trump and Buhari, respectively.

Biden has a sense of history. He remembers Buhari’s broken promises. He remembers the Chibok schoolgirls. The issues of kidnapping, terrorism, poverty, and corruption, which Buhari heightened to gain power, have only worsened. Fulani herdsmen menace, which was designated as a terrorist group under Obama-Biden administration in 2014, continues to kill and maim the Nigerian people with impunity.

Significantly, unlike Trump and Buhari, Biden listens and has the appetite for in-depth analysis of issues. Instead of being teleguided by the daily doses of lies from the fascistic officials of the Nigerian government, Joseph Biden is broadly versed to consider the innocent opinions of Nigerian-Americans. I mean the very Nigerian ‘Josephs’, many of whom are captains of industries in the various strata of the American society, and some of whom are serving in the Biden-Harris government.

The true degree of the Nigerian problem will unravel. Biden will learn that the widely publicized popularity of Trump in Nigeria is merely an opposition to Buhari’s bad governance. It is grounded in the reality that the former military dictator, who was greenlighted to democratic power by the Obama-Biden administration, turned out to be a huge disappointment.

Take away many Nigerian Christians who thought the disgraced American leader was truly a man of faith, and others who bought his other daily lies, more gullible citizens had strongly believed that only a brutal dictator like Donald J. Trump could tame Buhari and restore Nigeria to a hopeful trajectory.

Biden’s style is profoundly different. He understands diplomacy trumps dictatorship. Yet he knows true democracy goes with consequences for bad behavior. And while Buhari may appear balmy, the Nigerian president can still tell the difference between night and day. True change is inevitable. Gbam!

2023: Why Buhari Will Not Support Tinubu – Lamido

Like US Democrats, Nigerians Desperate For Buhari To Go – Fayose