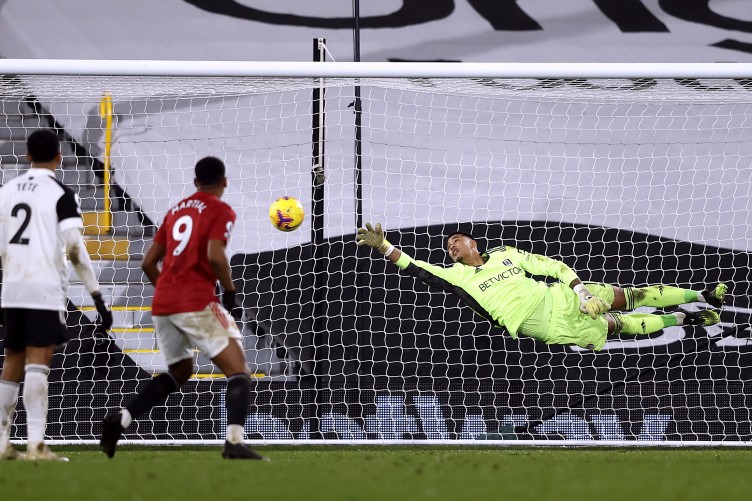 A come-from-behind 2-1 win by Manchester United over Fulham at Craven Cottage kept them at the top of the Premier League table with a two point margin over Leicester City and Manchester City. It was courtesy of Pogba’s stunner in the 64th minute.

Ademola Lukman gave Fulham the lead in the 5th minute after latching on to a glorious pass from Zambo Anguissa from the midfield.

That was, however, a lead which didn’t last too long as Edinson Cavani drew level in the 20th minute following a lackluster attempt by Alphonse Areola to handle a cross from Bruno Fernandes.

Two minutes later, Areola saved Bruno Fernandes’ sublime strike to keep the scores even at 1-1. Later on, Harry Maguire should have put United ahead, but he directed his header wide.

Bruno Fernades had the final attempt of the first half to put the Red Devils ahead, however, his shot from the free kick went well over the bar as the match was stalemated at 1-1 going into the break.

History almost repeated itself in the early minutes of the second half when Ademola Lukman fired straight at David De Gea in the 51st minute.

How Pogba’s Stunner That Returned Man U To The Top

With United finding it difficult to break down the Fulham defense, Paul Pogba came up with a moment of magic to turn the game on its head in the 64th minute.

The 2018  World Cup winner, controlled the ball on the edge of the box, moved forward with the ball and curled the ball into the net of a helpless Areola.

Edinson Cavani was expertly kept out by Areola in the 66th minute, before Reuben Loftus-Cheek was denied an equalizer by the outstretched legs of De Gea.

A nervy end to the game saw Eric Bailey becoming fortuitous not to score an own goal. Be that as it may, Ole Gunnar Solksjaer’s outfit secured the win to keep the title race more intriguing as Manchester City saw off Aston Villa 2-0 at the Etihad stadium in the earlier hours of the evening.