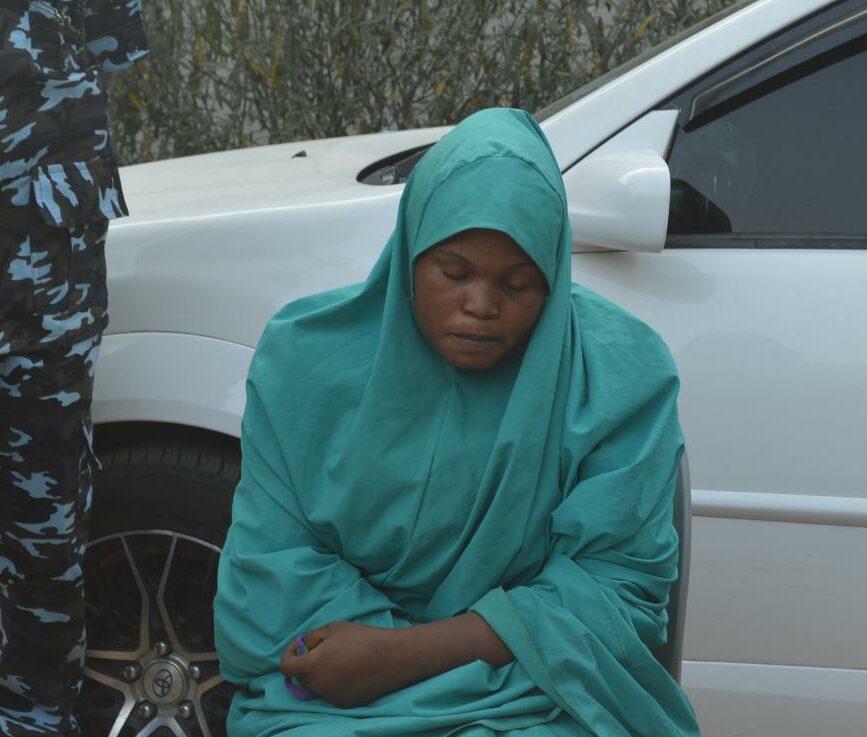 The police in Kano have paraded a female leader of a notorious kidnap gang which operated in the Zamfara – Kano axis of the country. The lady kidnapped her ex-boyfriend among others.

23 year old Maryam Mohammed confessed that she started her kidnapping business by first targeting her former boyfriend who jilted her.

She said she was introduced into the crime of kidnapping by her uncle before she formed her gang.

Popularly known as Hajiya, she was apprehended last  Tuesday at Jaba quarters, Ungogo local government area of Kano state ‘while negotiating ransom with the family of a recent captive.

She was apprehended along with three of her operatives.

“I was introduced into kidnapping by my uncle called Hamza from Butsa village, Gusau local government of Zamfara state and the first person we kidnapped was my ex-boyfriend who refused to marry me despite my efforts to get him convinced during our years of courtship.

“After he had dumped me, my uncle asked me to bring him so that we could hold him until he pays money before we could release him.

“When we kidnapped him, his family paid N5m to secure his freedom and out of that amount I was given N800,000 with which I rented that house at Jaba quarters” Hajiya confessed.

The spokesman, Kano police Command, DSP Abdullahi Haruna Kiyawa while parading the suspects said Investigation conducted by the police had revealed that “Maryam’s husband, one Sani Ismail, of Bidda LGA of Niger State, “who was a Notorious Cattle Rustler, was killed in Butsa Village, Gusau LGA of Zamfara State while carting away rustled Cows.

“After the death of the husband, her brother, one Hamza Dogo of Butsa Village, Gusau LGA of Zamfara State, also a notorious kidnapper relocated her to Kano where she rented apartments in Unguwa Uku, Panshekara and Maidile Quarters.

”She later moved to Jaba Quarters and rented another apartment for Six Hundred Thousand Naira (N600,000.00), per annum, which she turned into a kidnappers Den.”