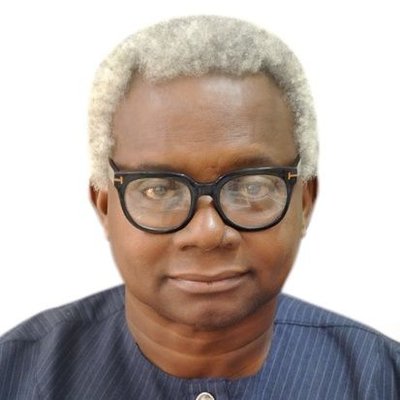 The Director-General of Voice of Nigeria (VON) Mr Osita Okechukwu Sunday accused the Peoples Democratic Party (PDP) of plotting to destroy Nigeria through pushing for restructuring of the country via unconstitutional means. According to him, Buhari started restructuring through quiet use of executive orders.

Okechukwu told the opposition not to lose sight of the fact that the constitution remains the ground norm, no matter how imperfect and therefore must not be violated.

He reprimanded the PDP for allegedly attempting to harvest the general insecurity and hunger in the land to deceptively capture power by all means.

“Am one of those who is worried with our sordid state of affairs. Am one of those who advocate additional one state for the South East, to give us equal status and sense of belonging. I want 18 senators, more house members and more local councils for my geopolitical zone like others. But rule of law must be adhered to no matter how slow.” Okechukwu quipped.

The VON helmsman was reacting to the attack on APC by the PDP, querying why President Buhari reneged on his promise of implementing an administrative restructuring for the country’s better governance.

He insisted that President Muhammadu Buhari had commenced restructuring by signing ‘Executive Order 10” to strengthen the financial autonomy of State legislatures and judiciary, hence extending the frontiers of democracy to the grassroots.

“Executive Order 10 is Buhari’s ‘Number 1’ restructuring. He has amended the constitution and had signed Executive Order 10 of 2020, in compliance with Section 121(3) of the 1999 Constitution of the Federal Republic of Nigeria, with the intendment to strengthen the institutions of the State Governments,” Okechukwu said.

How Buhari Started Restructuring By Okechukwu

“To start with Mr President did not renege on restructuring, Executive Order is No 1 Restructuring. He commenced restructuring by strengthening the financial autonomy of State legislatures and judiciary. To be honest, it seems the PDP wants to Pull-Down- the-Roof. They want to harvest the general insecurity and hunger in the land to deceptively capture power by all means. Otherwise, PDP talk of restructuring without the 1999 Constitution, the National and State Assemblies is undemocratic and unconstitutional,” Okechukwu, a foundation member of APC said.

“Methinks, we all agree on restructuring, and that there are certain items in the Exclusive Legislative list that need to be devolved to sub-national units. Secondly, we all agree that we are on constitutional democracy. If the rule of law is our mantra, then am at loss which other route or channel PDP is proposing to restructuring without the Constitution, National and State Assemblies mandated by Section 9 of the constitution to do so? Or is PDP on deceptive power grabbing binge by aligning with Pull-Down-the-Roof crowd?”

Okechukwu explained that Mr President had systematically understudied our scenario in Nigeria and how antithetical the governors’ slide into emperorship has stymied the growth of democracy in our dear fatherland.

“Secondly, he watched how less than transparent most governors are in management of public finance, especially the bailout trillions he doled out to the governors. Accordingly, he came to the inevitable conclusion that before more powers and resources are devolved to them, let’s set the stage. Hence his 1st Restructuring is Executive Order 10.”