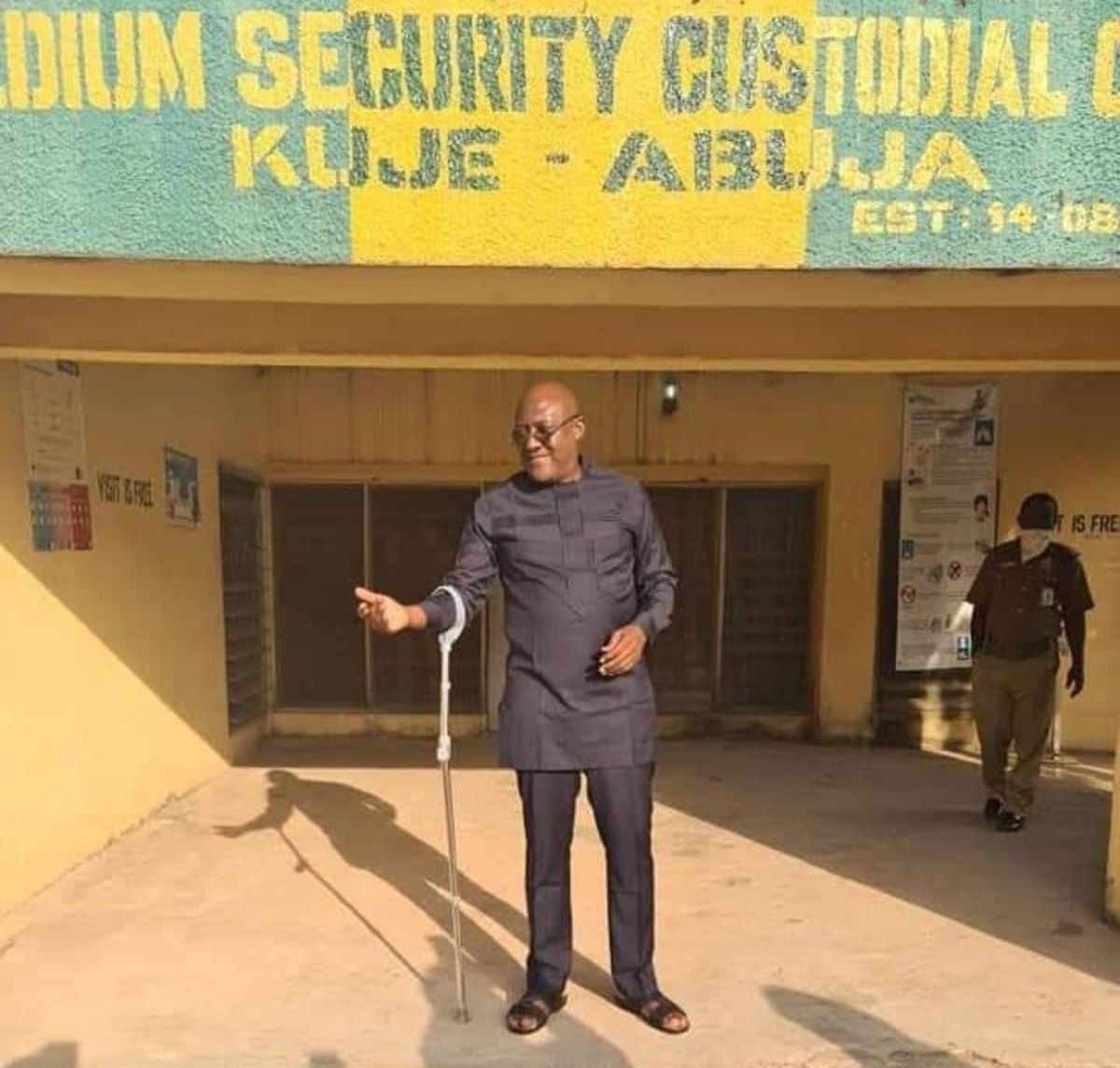 Erstwhile spokesman of the Peoples Democratic Party, PDP, Chief Olisa Metuh has started physiotherapy treatment in London following his treatment on issues pertaining to his spine. The therapy is to enable Metuh walk without aids or painkillers.

Family sources disclosed that Metuh underwent medical treatment on his spine in a London hospital following a long-delayed referral by Nigeria based doctors.

The referral was made in the course of his trial in the court of Justice Okon Abang but the judge refused to grant him permission during the trial to go for the treatment.

He, however, was able to travel last month after the Court of Appeal struck out his conviction on the basis of bias it found existed on the part of Justice Abang who was Metuh’s classmate in Law School.

The family source who disclosed that the outspoken politician is expected back in the country within the coming weeks said:

“Chief Metuh has been undergoing series of treatments. It has been very challenging but we thank God that there is a lot of improvement”, the source said.

Giving more insight, a source said that to enable Metuh walk around without aid or painkillers that he would have to go through a course of physiotherapy.

“He is fast recuperating and has been scheduled for necessary physiotherapy to enable him move around without the help of walking aid or much painkillers as he has been doing in the last three years.

“With that, he should be back to the country in the coming weeks”, he added.

Metuh left Nigeria in December for the medical treatment after the Federal High Court presided over by Justice Nkonye Maha ordered the release of his passport following the Appeal Court annulment of his conviction on money laundering charges.

The Court of Appeal had described Justice Abang as hostile in his arbitration of the case brought against Metuh.

In the judgment read by Justice Stephen Adah, the Appellate Court said that Justice Abang “showed in his comments, the influence of an abnormal desire and inclination to pursue a predetermined line of action against the appellant”.

The Appeal Court stressed that the trial judge showed in “excess, a person who has an axe to grind against the appellant and his team of lawyers” adding that he also showed “the whole world that much was into that judgment than was put in evidence before the judge.”