I Struggle To Get Perfect Bra – BBNaija Dorathy Reveals

Cheers, Some Jeers As DJ Cuppy Goes To Oxford 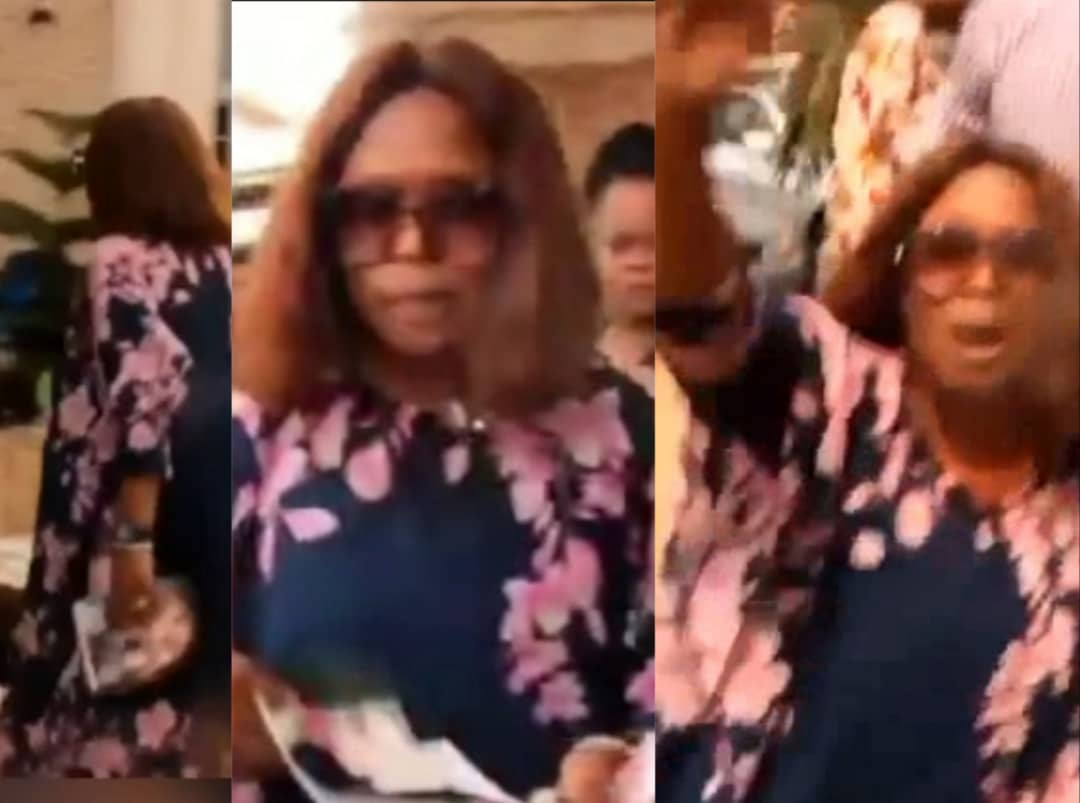 The Sterling Bank manager whose native wedding ceremony to a new wife was violently disrupted by his estranged wife has opened up on the issue vowing never to go back to the estranged wife he labeled a serial adulteress.

GWG had made a video report on how a lady claiming to be married to Anthony Oko Ikpor burst into his traditional wedding ceremony and caused a scene.

Mr. Ikpor who is a manager with Sterling Bank has now given his side of the story alleging his estranged wife to be a serial adulteress who at one point aborted a baby allegedly conceived by an unknown lover.

Mr. Ikpor who claimed to have initiated divorce proceedings against his estranged wife, Blessing, however, admitted that the divorce was yet to be finalized. He blamed the delay on the COVID-19 pandemic.

Anthony who claimed to be living separately from his wife vowed never to go back to her.

The bank manager spoke through his lawyer in a statement made available to Igberetvnews.com

“In recent days a certain Blessing Oko Ikpor has been posting videos and granting interviews on social media. In these interviews and postings she has been making outlandish claims about being married to Mr Anthony Ikpor and other false claims. She knows that her former husband Mr Anthony Ikpor will not want to join issues with her.

At this point however it has become necessary to say a few things on this matter for records and posterity to put matters straight:

1. The matter between Anthony and Blessing is purely a private matter and there wasn’t any need to be dragging Anthony’s employer into it if not for sinister purposes.

2. For the records Blessing and Anthony are no longer married and have gone their separate ways since February 2019. At this moment Blessing lives alone with their daughter while Anthony lives with their 3 sons. As a responsible father, Anthony still takes care of all the children, school, maintenance etc including the daughter living with Blessing.

3. Mr Ikpor has since ended the marriage by returning Blessing and her properties to her people in her ancestral home at Owerri. In Igboland that is the end of the marriage.

5. Mr Ikpor discovered that he was married to a serial adulteress who brings men into their matrimonial home once Tony leaves for work calling these men her gym instructors and business partners. She had no business except the babies clothing business Tony opened for her.

6. Matters got out hand when Blessing got pregnant for one of her lovers and in trying to abort the foetus she bled for weeks and was forced at the point of death to inform Anthony by a text message which he still has. After this Anthony was forced to send her packing.

7. Because Anthony couldn’t continue to live alone, he found a lady and decided to engage her and marry her after the divorce from Blessing. The introduction ceremony or ‘door knocking ‘ in Igboland was what Blessing sought to disrupt with fake policemen who later ran away. The ceremony was concluded without further hitches.

8. If Anthony was planning to wed on the day, why is there no wedding card?

9. Anthony has filed divorce from Blessing in Court which was slowed down by Corona virus. She refused to mention this and was shedding Crocodile tears and deceiving the public.

10. The marriage between Anthony and Blessing is dead and buried and can never be resuscitated.”

You Are My King, Paul Adefarasin’s Wife Hails Him