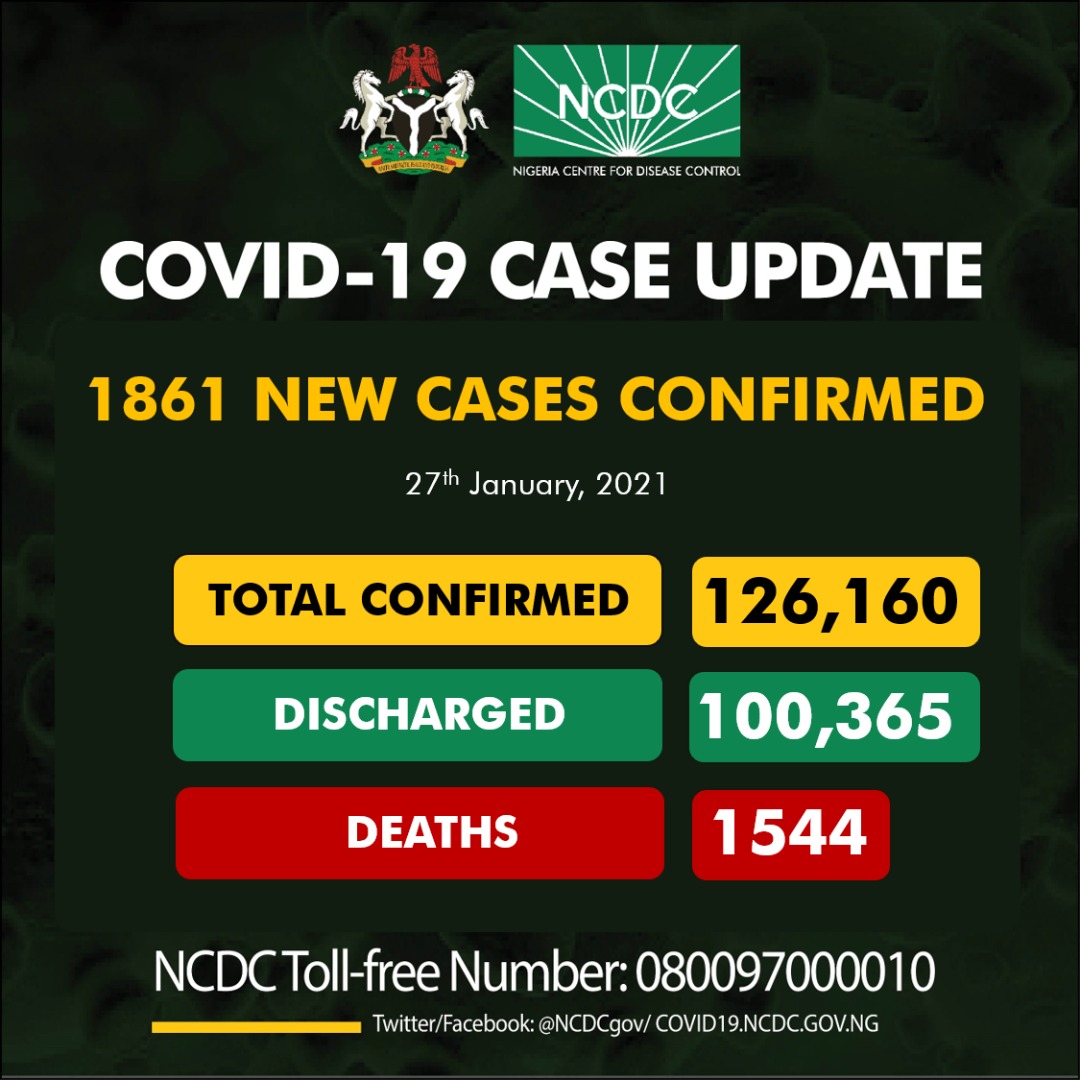 The Nigeria Centre for Disease Control (NCDC), on Tuesday, registered 22 additional deaths from coronavirus related complications, bringing the total number of the death toll in the country to 1,544. Also, 1861 new cases of COVID-19 in Nigeria were also registered on the same day.

The NCDC disclosed these on its official website  on Wednesday.

The News Agency of Nigeria(NAN), reports that the additional 22 deaths made it the second single-day record for COVID-19 deaths in the country after 23 deaths recorded on January 14.

The Public health agency also announced  1,861 new COVID-19 infections in the last 24 hours in the country.

It added that the country has recorded the 1,861 new cases of COVID-19 making it-the second highest daily new infection in less than one week.

The public health agency said that the 1861 new cases of COVID-19 in Nigeria were reported from 21 states and the Federal Capital Territory.

The NCDC revealed that 773 of the new cases were recorded in Lagos, 285 cases were confirmed in Abuja, the Federal Capital Territory, and Oyo reported 138 cases.

It noted that the numbers of recoveries and discharged on Wednesday increased by 1,089.

According to the health agency, discharges today include 697 community recoveries in Lagos State, 128 in Rivers State and 116 in Plateau State managed in line with guidelines.

Send Us A Press Statement Advertise With Us Contact Us222222