CDS: We Had No Direct Role In Chibok Girls Escape 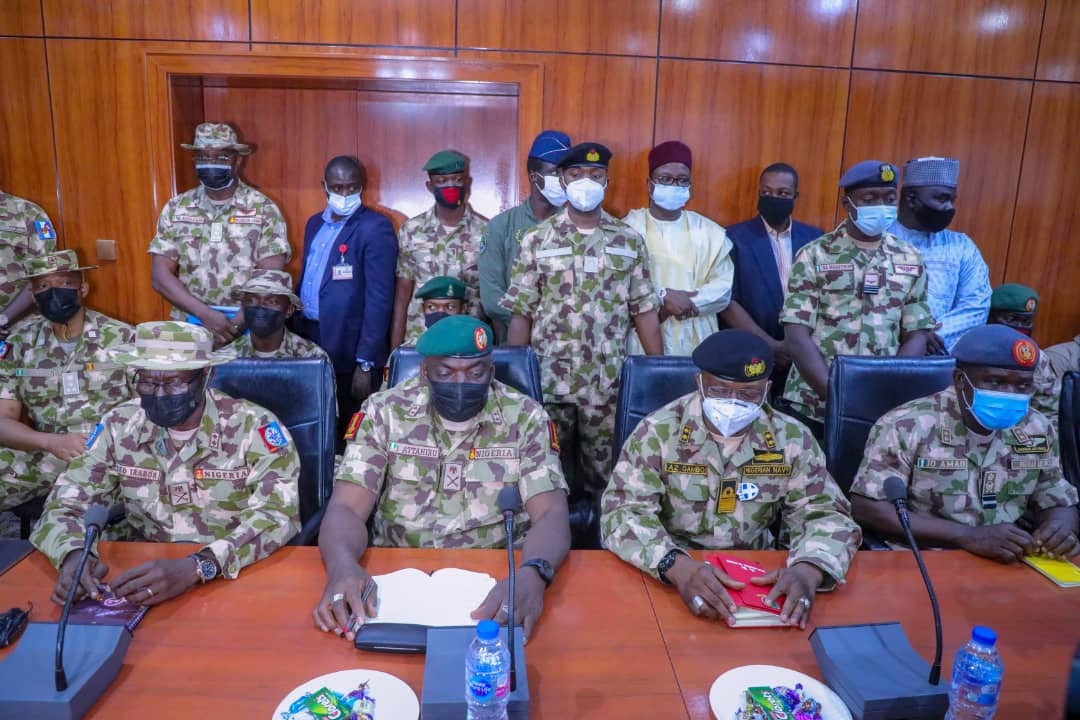 Maj.-Gen. Lucky Irabor, the new Chief of Defence Staff (CDS), has debunked the story that some Chibok girls were released during clearance operation in the Northeast.

Irabor denied the claim in his interaction with newsmen during his Operational visit to the Theatre Command of Operation Lafiya Dole in Maiduguri on Sunday.

He said that the Chibok girls were not in the Military’s custody.

“We do not have any of the Chibok girls in our custody, so if they are not with us we have nothing to confirm again.

He noted that “It was the desire of the military the get the Chibok girls back safely and if our operations have helped those said to have escaped, I think we are glad.” said Irabor.

The CDS, who was accompanied by the Chief of Army Staff, Maj.-Gen. Ibrahim Attahiru, Chief of Air Staff, Air Vice Marshal Isiaka Amao, and the Chief of Naval Staff, Rear Admiral Awwal Gambo, said he was in the Theatre to appraised the security situation on ground and to also get briefing from the officers on ground.