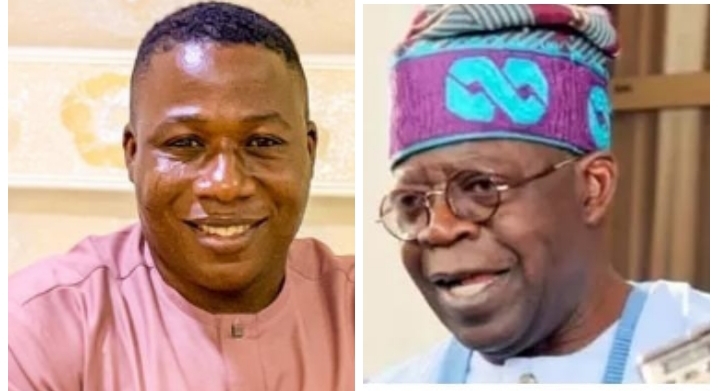 Enitan Ogunwusi, the Ooni of Ife, National Leader of the All Progressives Congress, APC, Bola Ahmed Tinubu, and the Governor of Oyo State, Seyi Makinde have been described as Fulani slaves.

Yoruba activist, Sunday Igboho, stated this during a virtual town hall meeting that started late on Tuesday and ended at the early hours of Wednesday.

He said some traditional rulers in Yoruba land were not showing enough support for the struggle to liberate the Yoruba from their ”Fulani oppressors”.

He said that they were only interested in their own gains.

According to him “I am not concerned about the police. The struggle is about Yoruba agenda as it concerns security situation in our land and I trust Yoruba people for support.

“Ooni should be able to tell Buhari about what Yoruba want. He called me but I don’t want to see him.

“Only Alaafin is supporting us and he has written a letter to the president. Ooni disappointed me. Politicians are with him,” he added.

“Our leaders are lazy and slaves to the Fulani.

“Tinubu and other Yoruba politicians are Fulani slaves. We need not be afraid. I have not collected any money from anyone. I am a full Yoruba man and I will not allow Fulani people to enslave me, we do not look or behave alike in any way. The herders should go. Makinde is also a slave to the herders because of second term ambition,” Igboho said.

The Tuesday night virtual meeting was attended by over 1000 participants from within Nigeria and the Diaspora.

The meeting follows his crusade against alleged criminal Fulani herdsmen he said had been perpetrating violent actions against the Yoruba people through kidnapping, raping and similar acts.

GWG reports that he penultimate Friday stormed the Igangan base of the Serikin Fulani and chased him out. On Monday, he was also in Ogun State on a similar action.

Mutters Over Move For Igboho To Fight Boko Haram