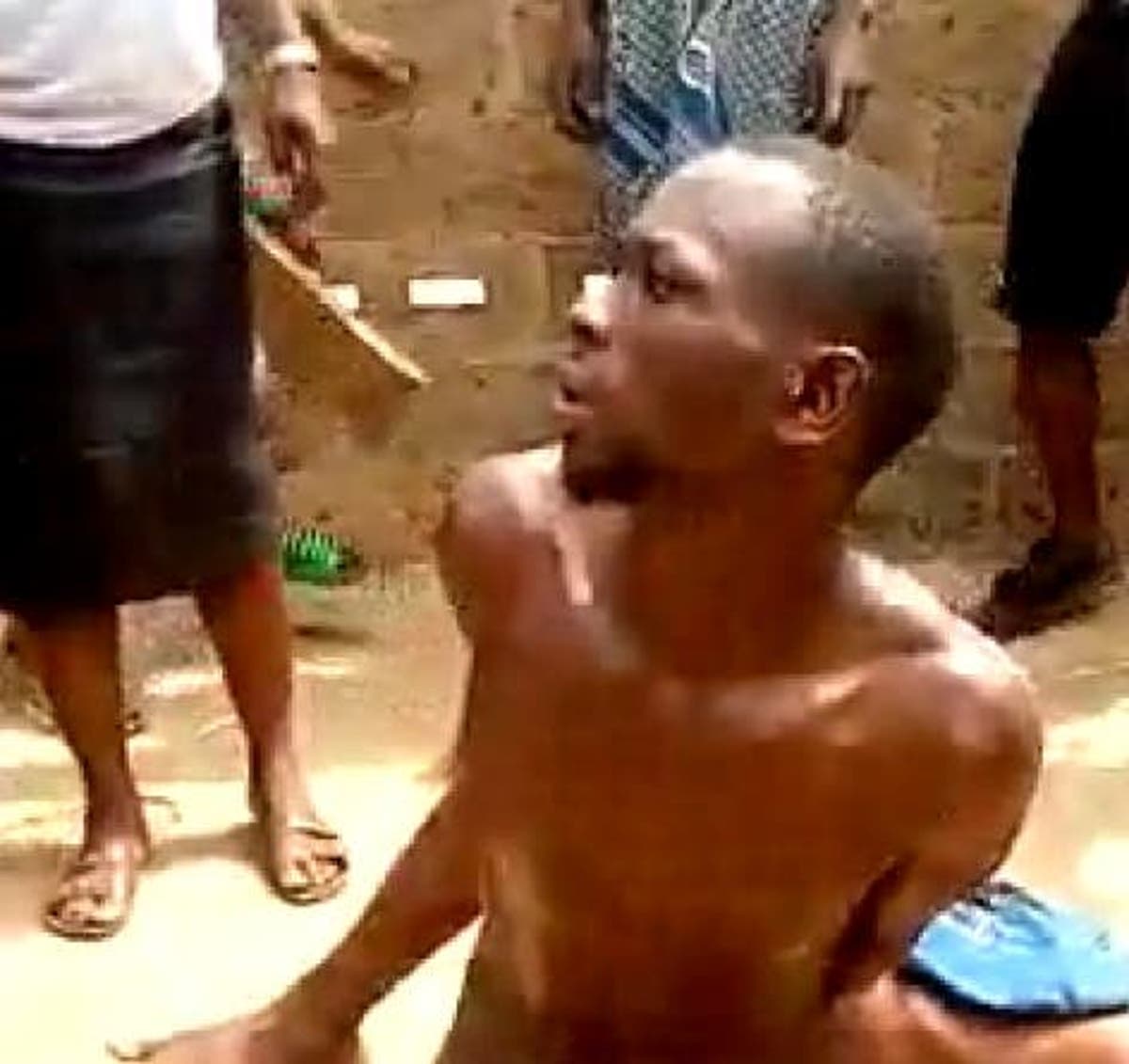 Viral footage shared on social media on February 2, 2021, showing villagers beating up a man accused of raping a woman and attempting to pluck her eyes out, have led to many Nigerians, reacting in various ways.

In the graphic footage, the victim is seen lying naked beside her alleged attacker, with blood on the floor beside her body. She appears weak and unable to move.

The footage shared by Nigerian lawyer and political activist, Esq. Cole shows the residents of Oluwatuyi in Akure beating the accused rapist while neglecting to cover the naked body of the almost lifeless victim.

One of the ‘justice servers’ however, subsequently was seen covering her lower private region with a blue shirt, but in the most unconcerned manner possible.

Reactions trailing the two-minutes long video have seen Nigerians chide the crowd over their nonchalant attitude towards the rape victim.

Popular Nollywood actress, Victoria Inyama was spotted in the comment section of Linda Ikeji’s Blog on Instagram – one of the many places the video was shared, saying “The victim is being victimised worse. She should have been covered, carried off the floor etc. 💔💔💔”.

“Hospital first please”, another commentator @mercy_oladapo_adebayo, said in reaction to the footage.

While @oluwakemilinda, showed her disgust at the misplaced priority of the villagers who kept flogging the culprit with wooden planks, and clubs, “instead of taking the victim to hospital,” she wrote.

One of the commentators @yezbozz_hay, attempted playing ‘the Devil’s advocate’ by explaining why the villagers might have hesitated at helping the victim. He stated that there have been cases in Nigeria whereby good Samaritans get apprehended, and arrested for murder without investigations and added that if the villagers tried to help the victim and she eventually died, they might face the same fate.

“A lot of people had been jailed wrongly for offences they do not commit!!” he said, although adding that they acted like “illiterates” for not first of all, saving the victim.

@bigsister202 in a comment said “Why didn’t they cover the victim up first? It’s bad enough she was raped but to leave her exposed to the world like this instead of covering her up and rushing her to the hospital is sheer wickedness 😠😠😠😠”

@damseyxo also responding said: “All these people are just as guilty as the rapist….imagine, the victim herself is still lying down hopelessly n still naked while they film and shout. This is inhuman, not only was she raped but also shamed by this ppl who have refused to help her ASAP.🤦🏻”