Ozil And Osinbajo: Frustrations Of Playmakers 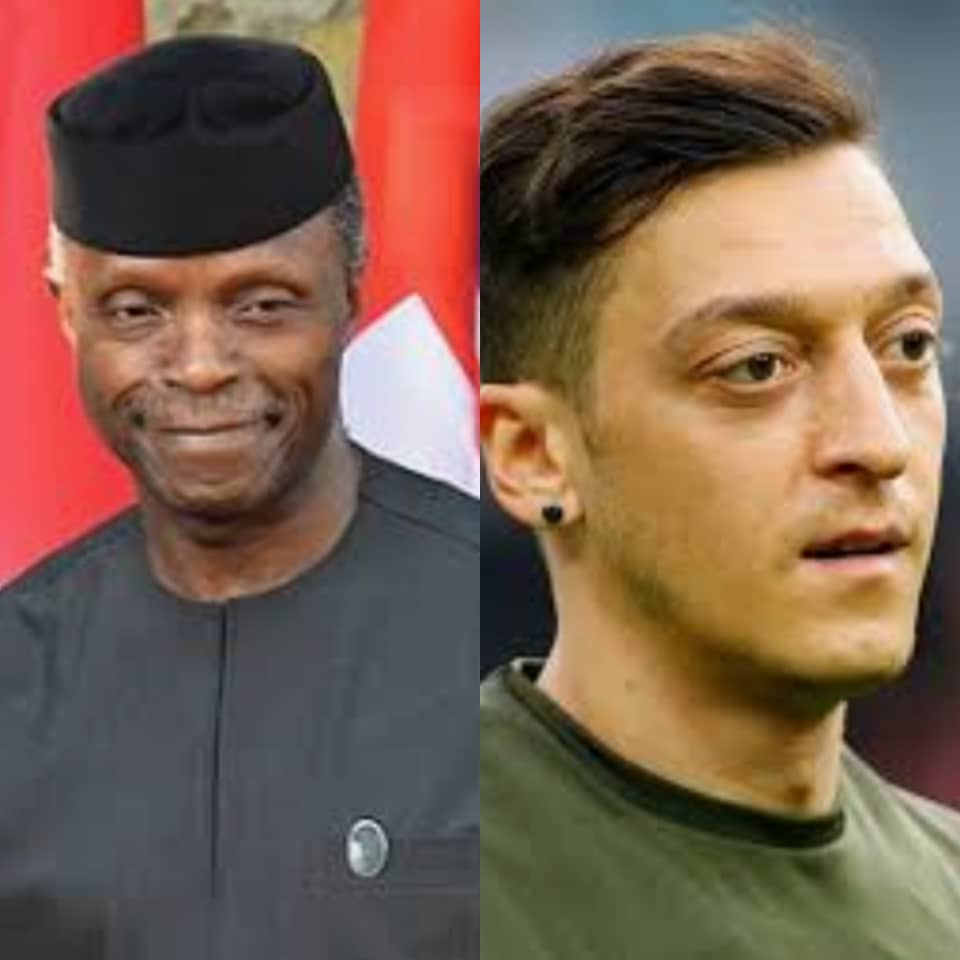 How Mesut Ozil despite his past fantastic contributions to the Arsenal side was frozen out of the team in 2020/21 is still the subject of much debate. Even at its nadir a few months back when Arsenal were about romancing the relegation waters, Ozil was still kept out of the side.

The club’s decision was despite the stellar role of the playmaker in the time before his surprising shutout. He played in 12 of the 13 matches before he was frozen.

Ozil, it will be recalled, helped the team in its best league performance in nearly a generation in 2015/16. With 19 assists in that session when Arsenal was league runner up, his assists have only been dwarfed by Kevin De Bruyne with 20 assists.

Even with his monstrous pay at £350,000-a-week, Arsenal still preferred not to use him.

It is the same scenario that some have also brought to illustrate the situation of Yemi Osinbajo in the Nigerian political equation.

Pastor Tunde Bakare brought the issue again to fore earlier this week when he told Dele Momodu in an Instagram chat that Osinbajo should open up on his frustrations.

Apparently reacting to insinuations here and there, and rumours now and then, about Osunbajo being frozen out of the Muhammadu Buhari presidency, Bakare charged the vice-president to speak out.

The assertion inevitably brought to bear reports as to whether Bakare wants Osinbajo’s job. Yes, he wanted the position in 2011 and failed with Muhammadu Buhari. The clergy man has now said it that he wants more than Osinbajo’s job. He wants the top job, possibly in 2023.

Osinbajo and Bakare make a comparable pair. They are both lawyers from Ogun State. More remarkably, both are pastors who were polished at different times by Pastor Enoch Adeboye.

But whether Bakare subjected himself to the terms of discipleship as Osinbajo did under Adeboye is another question.

In reacting to Osinbajo’s situation, Bakare was quoted to have said thus:

“There is a constitutional role for the vice-president, it is spelt out in black and white. If he is not allowed to do that, then, what is he doing there? Because if I am enrolled as a teacher and I am not allowed to teach in that school, I will look for another school.”

Were Osinbajo to resign and Bakare replace him as vice-president, it is debatable as to whether Bakare would subject himself to the discipleship that the incumbent has trudged under Buhari.

Like Ozil, many Nigerians remember Osinbajo as acting president going here and there to quench the fiery darts that seemed to poison national unity in 2018.

He even did the unthinkable, firing the director-general of the Department of State Services, DSS Lawal Musa Daura and appointing someone from the Niger Delta region in his place.

Osinbajo even as he gained popularity as acting president left in his wake suspicions about his politics both with the Buhari camp and with Buhari’s critics.

Within the Buhari camp there were suggestions that he tried to outshine the president. It has been insinuated that since the Daura incident that Buhari has stopped handing over to Osinbajo whenever he is out of the country.

Among Buhari’s critics, especially those in the Peoples Democratic Party, PDP, there are many who would not forgive him for parroting the untruths said about the Jonathan administration at the heat of the campaigns in 2015 and 2019. Some have used terms unworthy of describing a pastor in defining the vice-president.

So while the need for an Osinbajo touch is desperately sought by many in Nigeria’s present distresses, it seems that the vice-president has been totally removed from the power loop in the seat of power.

In the 2019 campaigns he was everywhere even distributing N5,000 to market women. That job has even been taken over from him by the Villa’s favoured lady, Hajia Saadiya Farouq who has shamed Osinabjo before market women by distributing N20,000 to a greater number of people!

Given what is alleged as the physical constraints or challenges of the president, an Osinbajo would ordinarily have filled the role to push forward the narratives of a government engaged in fighting corruption, checking insecurity and reviving the economy. But alas, Osinbajo is not there.

The taunt is that he has been used and dumped. But really?

His lot is that of most vice-presidents the world over. Atiku Abubakar just like Osinbajo was used by President Olusegun Obasanjo to galvanise the PDP governors for the 2003 re-election. Thereafter Obasanjo started on a savage attack that drove Atiku to the opposition.

Dr. Goodluck Jonathan after starting well with President Umaru Yar`Adua subsequently fell out of favour to the point that James Ibori was largely reputed to have more input into the administration than him.

The gist was that in those days, Jonathan would go for some days to Port-Harcourt for reflection in the sympathetic lodgments provided by Governor Rotimi Amaechi.

Perhaps, Nnamadi Sambo had a better experience of the vice-presidents of the Fourth Republic. But going back in time, Dr. Alex Ekwueme’s convivial and mutually respectable experience with President Shehu Shagari shines above all else.

Unlike Atiku who could think of succeeding or mustering his political allies to intimidate Obasanjo, Osinbajo is in no such position to even contemplate a political aspiration. At home in Ogun or Lagos he has Asiwaju Bola Tinubu in his shadows.

In Abuja, he also has Senator Ibikunle Amosun, who is arguably Buhari’s closest Yoruba friend in his trail.

So, shorn of the political structures and gravitas that brought many to his present position, Osinbajo can only look up to God for help. Even more, unlike Ozil his transfer window is not open until May 2023.