APC Was Criminally-minded For Power - Utomi 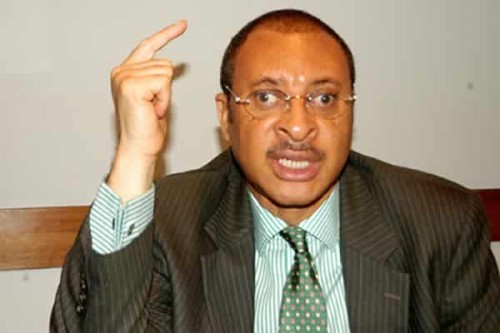 Dr. Pat Utomi has accused the All Progressives Congress, APC of being worse than the Peoples Democratic Party, PDP it removed from power. According to Utomi the APC was criminally-minded for power in bringing men of diverse backgrounds to capture power and subsequently abandoning them.

Utomi, one of the founding fathers of the party in an interview fumed that the APC is now worse than the Peoples Democratic Party, PDP it removed from power.

Utomi who spoke in an interview with Sunday Sun said:

“Whether it is the PDP or the APC, they are all generally into that category. Some of us had thought that we are going to save Nigeria, when we got together and said that this Goodluck Jonathan’s government that is in power is doing so badly. But unfortunately, the APC is now worse than the PDP government that it replaced.

“So, Nigeria seems to be in a desperate race to the bottom. It just gets worse by every regime. What Nigeria needs to do, is to recognize that there is a fundamental structural problem to governance within the country that makes governance difficult.

Noting how the APC was criminally-minded for power, Utomi said:

“The main reason is state capture. We have to purge ourselves of state capture. You said very easily that “you people founded APC. Which people? Have you ever heard me make any contribution to the APC since it started?

“Has the APC invited me to one meeting to say how should we do this? But yes, you’re right because “we” supposedly founded the party.  APC had never invited me to any meeting since the party was founded. So, it was a criminal construct to use people to capture the state for the abuse of few individuals.”

How APGA Won House Of Rep Seat In Niger