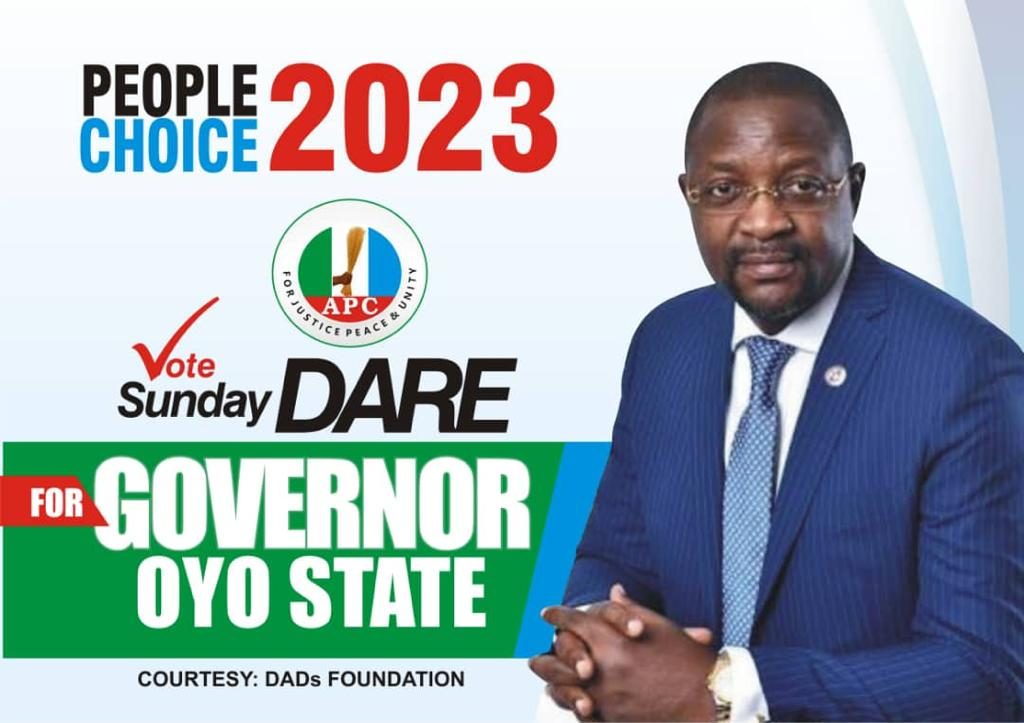 Minister of Youth and Sports Development, Sunday Dare has denied any link to campaign posters in Ibadan and environs purportedly announcing his intention to run for the governorship position in Oyo State in 2023.

The minister said this in a statement signed by his Special Adviser (Media), John Joshua-Akanji on Tuesday in Abuja.

“The attention of the Honourable Minister of Youth and Sports Development, Mr Sunday Dare has been drawn to campaign posters flooding Ibadan and other towns in Oyo State announcing the candidacy of the minister to run for the governorship position of Oyo State in 2023.

“The intention of the printers of these posters is not only mischievous and dubious, but also an orchestrated effort to distract the minister from concentrating on performing his assignment as minister of youth and sports development,” he said.

Dare consequently condemned the action of those he termed mischief makers.

“The minister hereby totally disassociate himself from these posters and condemns the action of these mischief makers who are bent on creating confusion and distraction for the minister in the task put before him by Mr President,” he added.

The minister reiterated his focus and determination to continue to carry out his responsibilities as a minister and not interested in a position that would not be vacant in two to three years time.

“Neither the minister, his political associates or friends have any links whatsoever to these campaign posters,” Sunday Dare’s media aide added.

Dare urged members of the public to disregard anyone or group purporting to be leading his campaign for the Oyo state governorship election in 2023.

He, however, did not point at the political camp from which the posters came from; to wit whether it came from the ranks of his All Progressives Congress, APC or from other political parties.