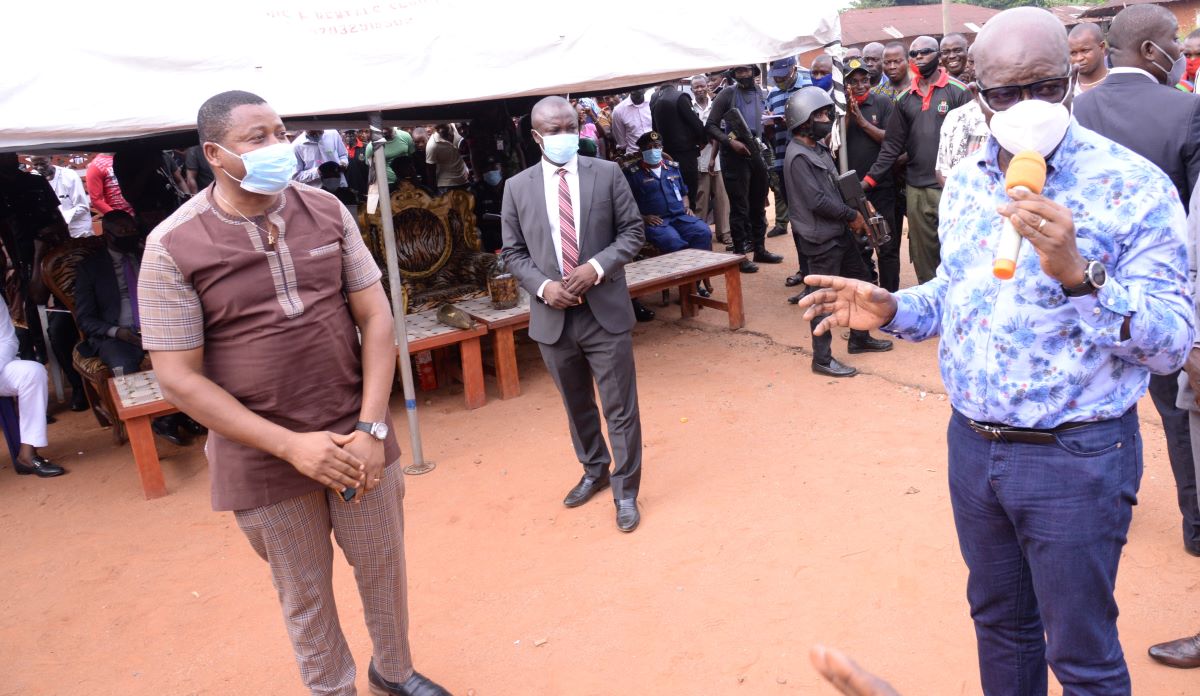 The governor disclosed this when he led heads of security agencies in the state on a fact-finding tour in Ugo community, Orhionmwon Local Government Area of the state.

The governor also condoled with families who lost their lives to herdsmen attacks, adding, “I am here with the Commissioner of Police, Mr. Philip Agbadu and other heads of security agencies in the state to commiserate with you. This is to tell you how serious we take what has happened in Ugo. We are here first to commiserate with you and to let you know that we feel your pains and that as a government we are very concerned and worried.

While noting his government’s plan to flush killer herdsmen from Edo, Obaseki said:

“The principal role of any government is to protect the lives and property of citizens. We are here to find out for ourselves what actually happened and to make certain decisions.”

He said, “I know this is not the first time it has happened, but we want to make sure that this sort of thing does not happen again in this community. I want to thank you for being law abiding citizens and not taking laws into your hands.

Obaseki reassured the residents of his administration’s commitment to check the activities of killer herdsmen in the community, noting, “I want to assure you that an operation will be carried out. I am very happy with the number of vigilantes I see in the community, which means that you have enough information. We are not against the presence of anybody who wants to come and do business here.

He explained: “We are going to embark on an operation through which we will vacate anybody who is not supposed to be in the forest. Good enough, there is information about their location; they cannot be more armed than the military.

“Rest assured that the heads of security agencies you see here all have a track record. They are senior officers with experience that will help us secure our state. We will deal with the security situation; we will fish out those criminals. We don’t want to join issues with all those who are taking advantage of the unfortunate situation on the internet, as they are posting all sorts of fake and false information.

The governor, however, assured the community of his administration’s plans to commence reconstruction for the failed portion of roads to improve the economic wellbeing of people in the area.

Zulum Not Involved In Accident – Spokesman