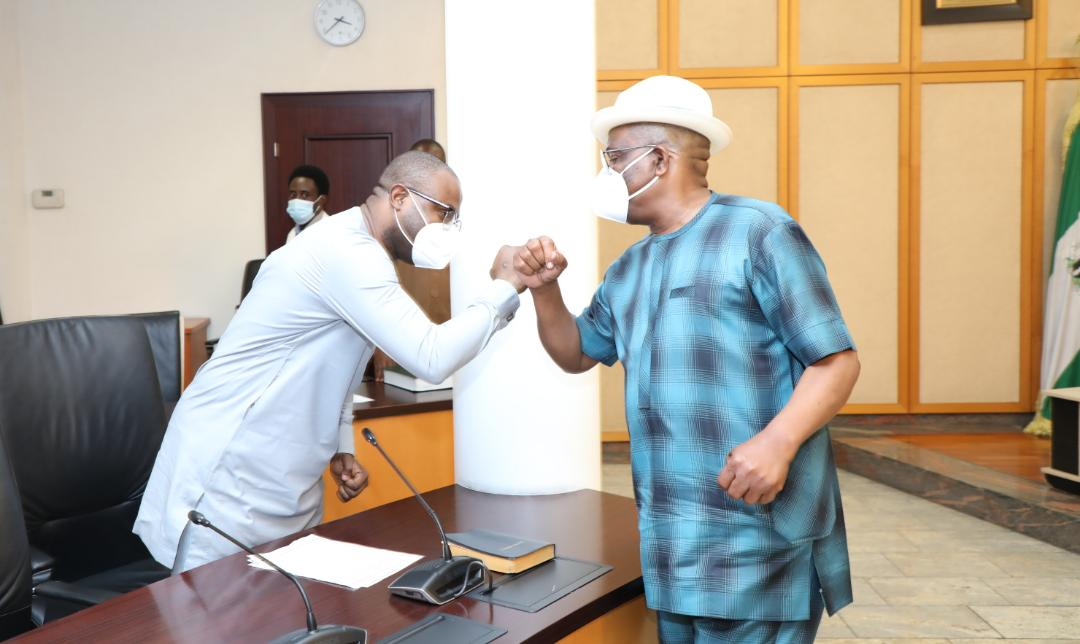 Nyesom Wike has given details of how the Niger Delta Development Commission NDDC defrauded the Rivers State Government of N400 million in a hospital project fuming that governors of the oil-producing state are sidelined from the affairs of the agency. Governor Wike said the NDDC defrauded Rivers State, however, before the present management.

Wike opened up on how the NDDC defrauded Rivers State when he received members of the House of Representatives Committee on NDDC led by its chairman, Hon (Dr.) Olubunmi Tunji-Ojo on a courtesy visit at the Government House, Port Harcourt on Thursday.

Governor Wike explained that contrary to assumption that governors of the Niger Delta are critical stakeholders in the affairs of the NDDC, they are not in the true sense of it.

Governor Wike urged the National Assembly to be resolute in its oversight function by ensuring that the NDDC stops frittering the resources meant for the development of the Niger Delta region on building roads in Army barracks, police stations and spending Billions of Naira to ensure he did not win election.

Giving details of how NDDC defrauded Rivers State, the governor stated that the commission and the state had once agreed to collaborate on a legacy project, but the commission ended up defrauding the State government.

“NDDC fraudulently duped us over the Mother and Child hospital. They duped us. They had an agreement with the State government to build a regional hospital called Mother and Child hospital. They agreed that it will be  N1.7 Billion Naira. State government to bring N800million, they will bring N900 million. State government at that time paid their N800million. NDDC mobilised the contractor with N400 million of the N800 million we brought and then abandoned the contractor and the contractor left site. And when we came on board, we said okay, we don’t want to partner with you again, give us back our N400 million , it became a problem. Politics came in,” he said in backing his claim that the NDDC defrauded Rivers State.

“I want the best for my people. They have given me everything in life, so I owe them. It is not what I will make, they have already made me. So what do I offer back.”

Leaders of the delegation and chairman of the committee, Dr. Tunji- Ojo explained that the purpose of the visit was predicated on the fact that Governor Wike is a principal stakeholder in the affairs of NDDC.

How Uzodinma Spurned Okorocha On Varsity