Troops in pursuit of abductors of Kagara school victims – Army 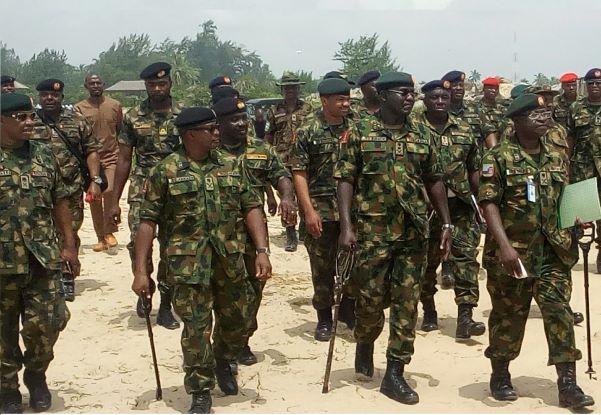 The Nigerian Army says its troops have been mobilised in pursuit of abductors of  kidnapped members of staff and students of Government Science School, Kagara, Niger.

The Director, Army Public Relations, Brig.-Gen. Mohammed Yerima, announced this in a statement on Wednesday in Abuja.

Yerima said that the Nigerian Army had renewed efforts to ensure swift response to the unfortunate incident.

He said it had been reported that the bandits gained entry into the school in the early hours of Wednesday and abducted unspecified number of members of staff and students of the school.

“The Nigerian Army in line with its constitutional mandate wishes to reassure the public that troops in operational synergy with sister security agencies are in hot pursuit of the criminal elements  to ensure safe return of the kidnapped victims at Kagara.

“Furthermore, the Nigerian Army  also urges the public to provide actionable information to security agencies that will lead to the arrest of these criminal elements,” he said.

However, Gov. Abubakar Sani-Bello of Niger, has confirmed the abduction of 27 students, three staff and 12 family members by the gunmen from the school in Kagara.

Bello made the confirmation at a news conference shortly after an emergency meeting with heads of security agencies in Minna on Wednesday.

He, however, urged the federal government to deploy all resources to secure the state, while the state government was doing everything possible to ensure safe return of the students and staff.

Meanwhile President Muhammadu Buhari had since directed the Armed Forces and police, to ensure immediate and safe return of all the captives.

CWG reports that President Buhari also dispatched a team of security chiefs to coordinate the rescue operation and meet with state officials, community leaders as well as parents and staff of the college.