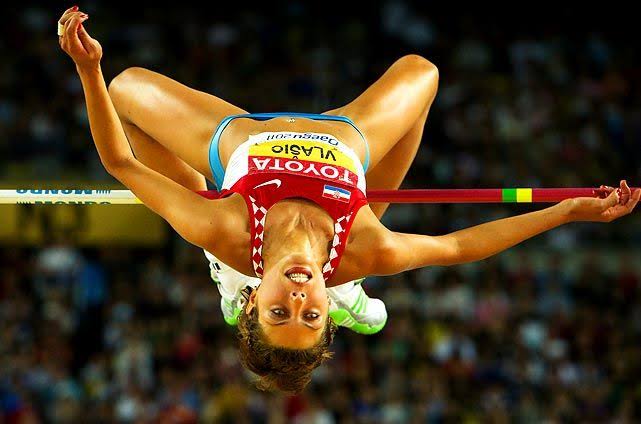 Vlasic made her Olympic debut as a 16-year-old in 2000. She underwent surgery on a thyroid condition five years later but bounced back to claim the silver medal in Beijing in 2008 and bronze in Rio in 2016.

Vlasic, 37, said the decision to retire had “come naturally” after she had spent the last few years trying to recover from a foot injury.

“Although athletics is an individual sport, I always felt like part of a team because I didn’t jump just for myself. Running the victory lap with the Croatian flag has always been the greatest honour for me,” Vlasic said in a statement.

“If I had known that the one in Rio would be my last, I would have run it with even more pride… With peace in my heart, gratitude for every inch and every applause, I turn to the next page in my life.”

Vlasic’s personal best of 2.08 metres, which she set in Croatia in 2009, is second only to the world record of 2.09m jumped by Bulgaria’s Stefka Kostadinova.

Twice an indoor world champion, Vlasic was named World Athlete of the Year in 2010.