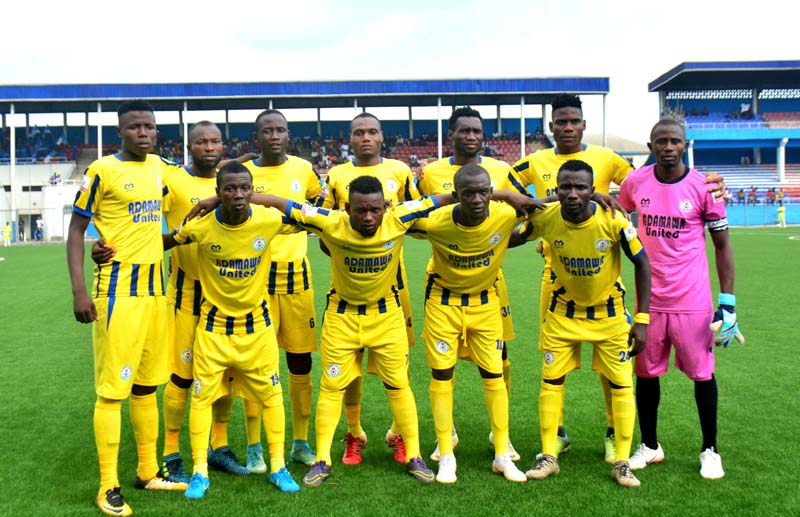 Alhaji Aliyu Jada, Permanent Secretary, Adamawa state Ministry of Youths and Sports confirmed the development to the News Agency of Nigeria (NAN) on Saturday, in Yola.

Jada said that the team was attacked on Friday, at about 7:30 pm, after leaving Benin for their week 11 NPFL fixture against MFM Football club in Logos.

He said that all the players were unhurt, except their driver, Mr. Kabiru, who was abducted and for whom the kidnappers a demanding a N59 million-naira ransom.

“Adamawa United Football Team was under attack by suspected Kidnappers on Friday 19, Feb, ,2021 at about 7:30 along Benin – Lagos. Highway.

” The suspects had abducted the driver of the team in person of Mr. Kabiru, and they made a contact demanding for N50 million before he could be released.

” And we have given directive for the players to look for a safer place, while government is making contact to reach them “, Jada said.

Based on the kidnappers’ attack on Adamawa United Football FC, he advised the federal government to suspend the ongoing National Premier Football league due to the incessant insecurity situation in the country.

Commenting on the incident, the National Welfare Officer of the Sports Writers. Association of Nigeria (SWAN) Mr. Austin Ajayi, described the situation as a ” bad experience ”

Ajayi said that the current insecurity situation in the country was threatening sports and other activities in the social sectors of the country.

He called on the appropriate authorities concerned to wake up from their slumber and do the right thing, he said in line with growing public anxiety over the spate of insecurity in the country.