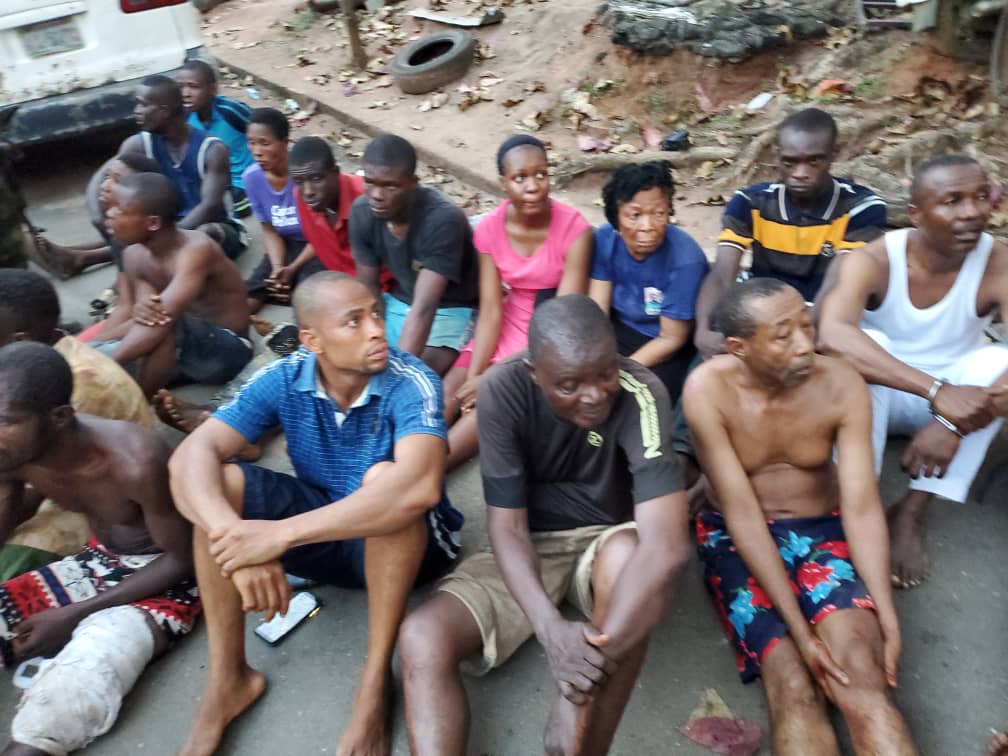 Nigerian Troops have nabbed 20 members of the proscribed Indigenous People of Biafra (IPOB) after attacks on Soldiers and Civilians in Orlu. The time of the arrest of the alleged 20 IPOB members was, however, not given.

The Nigerian troops in a joint operation involving the Army, Airforce and the Police sustained raid operation in the axis after the killing of four soldiers on escort duties in the area by IPOB elements.

A top military intelligence officer told PRNigeria that the IPOB militia ambushed and killed the soldiers who were on the escort of the Director Civil Affairs, Brigadier General HE Nzan and his team on inspection of the Civil-Military Project at Nkwerre. They also took away weapons and a vehicle belonging to the troops.

The source said “Since the beginning of the year, the activities of IPOB militias through its untenable and unreasonable demand for secession, has adversely affected the security situation in the area.

“The activities of the threat elements have led to an increase in organized crimes such as armed robbery, car snatching, kidnapping, raping and sundry violent criminal acts,” the source said while pointing at the arrest of 20 alleged IPOB members.

“There have been attacks on civilians, police and military personnel on checkpoints and escort duty.

“Recall that troops of 34 Brigade in conjunction with the Imo State Police Command, on Friday 22 January 2021, carried out raids in Okporo/Ezenta and Akata axis of Orlu Local Government Area to recover the corpse of a police officer killed by IPOB elements.

“During the raids, one IPOB member was killed and a vehicle (Jeep) was recovered. Various IPOB training camps were also discovered and destroyed,” he said besides noting the arrest of the alleged 20 IPOB members.

Similarly, last Wednesday, a raid operation was conducted in a forest close to Lilu village in Ihiala General Area of Anambra State by combined troops of the Nigerian Army, Nigerian Air Force and the Nigeria Police.

Thereafter, troops exploited further into the IPOB Camps. The militia were suspected to have escaped with their dead colleagues and varying degrees of gunshot wounds.

The suspects arrested and items recovered were handed over to the Police Headquarters Owerri for necessary actions.