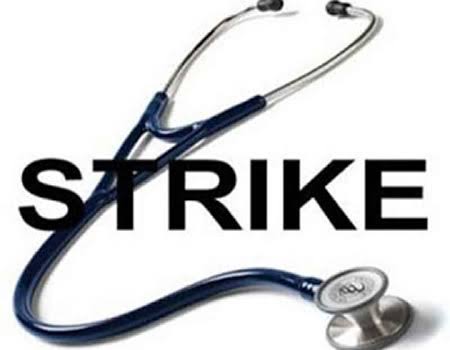 The Taraba Chapter of the Association of Resident Doctors (ARD) on Monday, suspended its two-month strike.

Announcing the suspension at a news conference in Jalingo, the President of ARD, Dr Gabriel Ahmed, said the decision followed several meetings, dialogue and discussions with relevant stakeholders in the state.

Ahmed said the congress of the association agreed to suspend the strike and support efforts at curtailing the increasing cases of COVID-19 disease and Lassa fever within the state.

“Also, due to public outcry and appeal from well-meaning stakeholders and traditional rulers to consider the citizens and people of Taraba, the association deemed it fit to suspend the strike.

“Gov. Darius Ishaku has met some of the demands made by the association, while some of our demands are receiving attention.

“All ARD members are hereby directed to report to their various stations by 8:00 a.m. tomorrow, Feb. 23,” he said.

Recall that the doctors had on Dec. 24, 2020 embarked on an indefinite strike action over Taraba Government’s inability to honour and implement the Memorandum of Understanding (MoU) signed in September 2020.

The strike was also declared over lack of Personal Protective Equipment (PPE) for doctors; lack of running cost to the secondary healthcare facilities; and non-implementation of 100 per cent adjusted Consolidated Medical Salary Structure (CONMESS).

Other demands of the doctors were skipping new minimum wage, non-payment of COVID-19 inducement and hazard allowance for all healthcare workers in the state.

They also include their demand for the commencement of internship training at State Specialist Hospital for Medical Doctors, Nurses, Pharmacist and Laboratory Scientists.

They were also demanding for adoption and implementation of medical residency training Act of 2017 to improve the quality of healthcare services to the people of the state, among others.