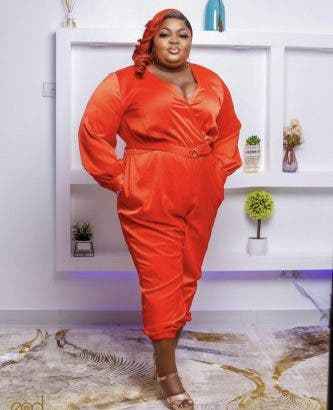 Nigerians are not happy with Nollywood actress, Eniola Badmus after what she wore to the #14th Headies surfaced online.

The actress graced the occasion in an orange jumpsuit alongside matching hair.

However, her outfit has garnered a lot of negative reactions.

“Eniola Badmus out here looking like a truck of oranges. #14thHeadies”

@dinmaaa1 wrote: “It’s Only Eniola Badmus and her stylist that understands what she wore to the Headies!”