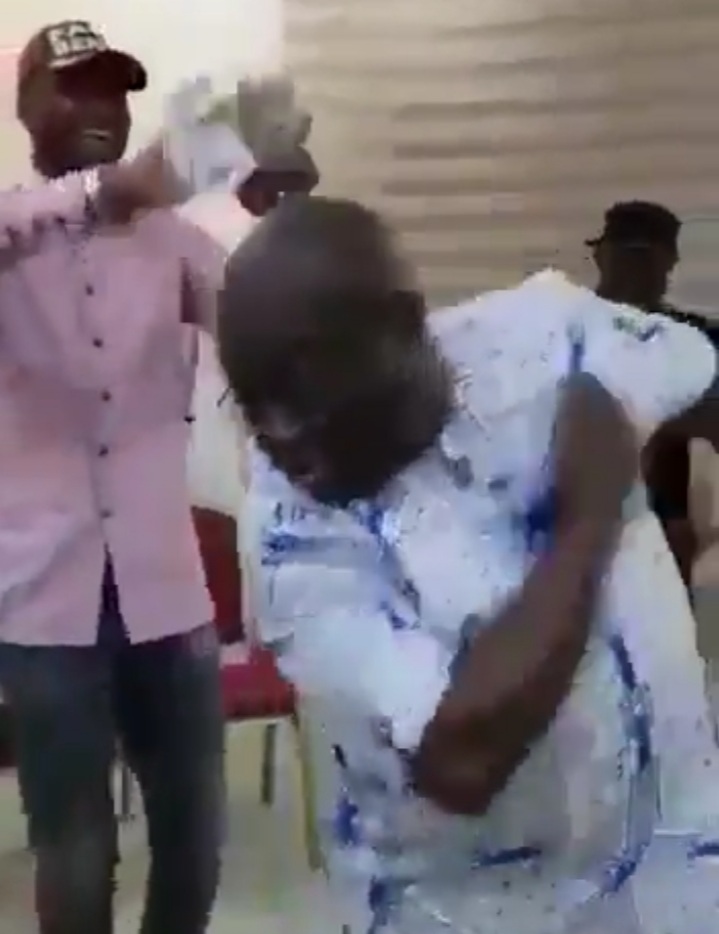 Governor Okezie Ikpeazu of Abia State was on Tuesday described as a drunkard, a champagne drinking man leading a government of drunkards by Senator Smart Adeyemi, APC, Kogi West has said. Adeyemi called Ikpeazu a drunkard on the floor of the Senate.

Senator Adeyemi spoke in an apparent retort to Senator Enyinniya Abaribe who according to him had in a social media post similarly defamed Governor Yahaya Bello of Kogi State.

Abaribe was said to have ridiculed Governor Bello in the social media post. Abaribe, however, denied making any such post.

“Despite that some governors are doing their best, we are lucky to have a governor who has taken the issue of security as a serious priority.

“We are bordered by nine states, but we had an experience of the unfortunate incidents that are happening in neighbouring states.

“Some governors are committed to the protection of their people. In my state, the governor awarded contracts for the renovations of schools and provides security services to them.

“In some states where we have highly intelligent people, highly educated people, very enterprising people, like Abia, they are governed by drunkards. The governor of Abia is a champagne drinking man.

The president of the Senate, Senator Ahmad Lawan at that point stepped in asking Adeyemi not to use the floor of the Senate to insult a governor.

Abaribe who denied ridiculing Bello, however, demanded an apology to Governor Ikpeazu.

“I will like to make a clarification. Unfortunately, what has happened here today is one of the problems that you see on social media. I never made any comment on the governor of Kogi State. Never!

“What has happened is what we see going on today. People write something and tag your name to it. And if you don’t ask question, you will not know whether you actually said it or not.

“I’m very surprised that my good friend and colleague decided to take on the governor of Abia for something I never said,” Abaribe said.

Related Topics:AbaribeAbiaheadlinesIkpeazusenateSmart Adeyemi
Up Next