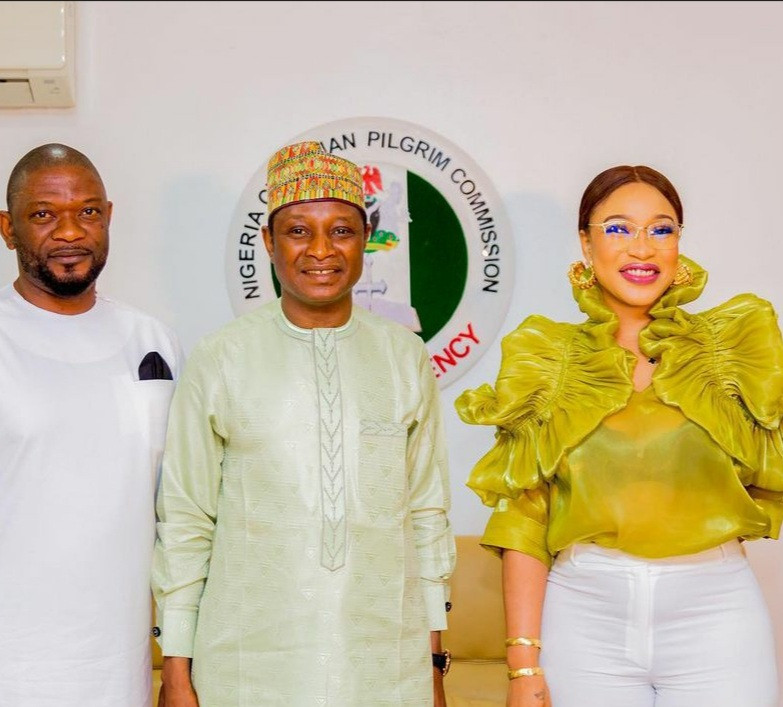 The actress had visited the NCPC office in Abuja on Thursday and met the commission’s executive secretary Rev Yakubu Pam. She then claimed in a press release on Friday that she had been appointed ambassador.

However, following reports about the alleged appointment, NCPC boss Pam in a statement on Friday night posted to Instagram said Tonto was never appointed ambassador, adding that the public should discard the report.

READ ALSO: Finally, Meurer Reveals How She Got Married To Tonto’s Ex-husband Churchill

The statement reads: “I wish to state in categorical terms that King @tontolet paid an official courtesy visit to me as the Executive Secretary of the Nigeria Christian Pilgrim Commission on 25th February, 2021 at the corporate headquarters of the Commission in Abuja.

“As the founder of @officalthetontodikehfoundation she expressed her willingness and interest in partnering with the Commission in the area of peace building.

“She equally cashed in on the visit to commend me the NCPC boss for my positive and relentless peace initiatives across the country.