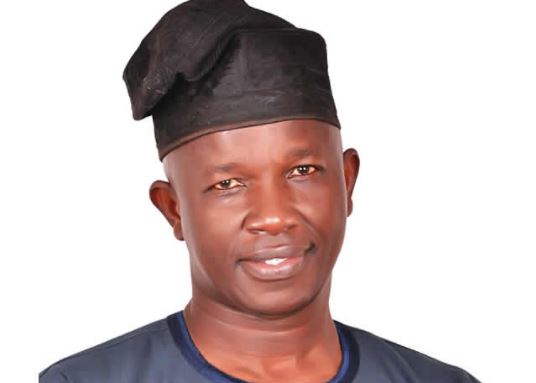 On March 1, 2021, Nigeria became the first country in the world to have her citizens occupy the  leaderships of trade and commerce bureaucracies of her continent and the entire world simultaneously. That came as the Nigeria-born, Dr. Ngozi Okonjo Iweala stepped in as the 7th Director General of the World Trade Organization (WTO in Geneva, Switzerland.

Already, Nigeria has Dr. Akinwumi Adesina as the President of the African Development Bank (AfDB) and Professor Benedict Okey Oramah, President and Board Chairman of African Export-Import Bank (Afreximbank). Adesina, serving his second term on the job, was first appointed on May 28, 2015 and Professor Oramah also serving a second term was first appointed on September 21, 2015.

All the three Nigerians, Dr. Ngozi Okonjo Iweala, Dr. Akinwumi Adesina and Professor Okey Oramah got the continental and global positions with the full support of the Federal Republic of Nigeria and direct decisive policies and actions of President Muhammadu Buhari, confirming the success of the international relations policy of the present government and the propriety, President Muhammadu Buhari enjoys, across the world.

In a congratulatory message to the President and Commander in Chief of the Armed Forces of the Federal Republic of Nigeria, Muhammadu Buhari, the new Director General of WTO, Dr. Okonjo Iweala and Nigerians across the globe, the Chief Executive Officer of Midas Communications, a global PR firm, Alhaji Kehinde Olaosebikan pointed out that information available shows that Nigeria is the first country in the universe to lead the world of trade globally and continentally, concurrently.

Olaosebikan declared that with the occupation of the three eminent positions by Nigerian citizens, Nigeria under the leadership of President Muhammadu Buhari has recorded an unprecedented accomplishment in the world as he said: “no other country of the world, whether in Europe, Asia, South America, North America, Antarctica or Oceania has had the rare privilege of having her citizens occupying the three trade and investment positions at the same time.

Before Ngozi Okonjo Iweala’s assumption of office today, six countries, namely; Ireland, Italy, New Zealand, Thailand, France and Brazil had produced Directors General of the Organization but none of the nations was privileged to have her citizen as head of either the development or investment bank or organization of her continent at the same time.

Europe had produced three past Directors General of the WTO in Peter Sutherland of Ireland, (Jan. 1, 1995 to April 30, 1995); Renato Ruggeria of Italy (May 1995 to August 30, 1999) and Pascal Lamy of France,( September 1, 2005 to August 8, 2013), and in all these periods, neither of these countries had her citizen as the President of European Investment Bank. (Sir Brian Unwin of the UK from1993 to 1999, Phillippe Maystadt , Belgium from March 2000 to December 2011 and Werer Hoyer led the European Investment Band during those periods.)

Supachan Panitchpakdi of Thailand that served as the Director General of the organization between September 1, 2002 and August 31, 2005 was the only WTO President produced by Asia and during the period, Japanese Tadao Chino was the President of Asian Development Bank.

The tenure of the immediate past Director General of WTO, Robert Azevedo of Brazil from South America coincided with the Presidency of Luis Carranza of Peru as the President of the Latin American Development Bank.

New Zeeland did not also produce the President of the Oceanic Development Bank during the tenure of Mike Moore as the Director General of the World Trade Organization from September 1, 1999 to 31 August 2002.

Dr. Okonjo Iweala had on the 20th of October, last year after visiting President Muhammadu Buhari in Aso Rock Villa, in the heat of build up to her selection, when Americans tried to block her from emerging as the WTO DG, told State House correspondents of the huge support and encouragement she was getting from the President.

Her words: Mr. President put a smile on my face. I am very proud of my country.”  President Buhari had earlier told her “I assure you that we will do all that we can to ensure that you emerge as the Director General of WTO, not only because you a Nigerian, but because you are a great Nigerian… I will immediately make those calls.”

Commending President Muhammadu Buhari for achieving the record feat for Nigeria, the Public Relations Guru urged the President to continue giving his total support to Nigerians seeking global and continental positions and recognitions so that our country would persist to enjoy bumper prestige worldwide.

To Nigerians, Olaosebikan says: “It is a moment to be proud of being a Nigerian. It is also a time for all of us to be more dedicated, committed to the cause of our motherland and contribute our best in whatever we are doing and wherever we find ourselves.

“As the largest black nation in the world with over 200 Million people, we can effectively provide profound leaderships in all spheres of life, across the globe and this is what the Black World is expecting from us, Nigerians“.