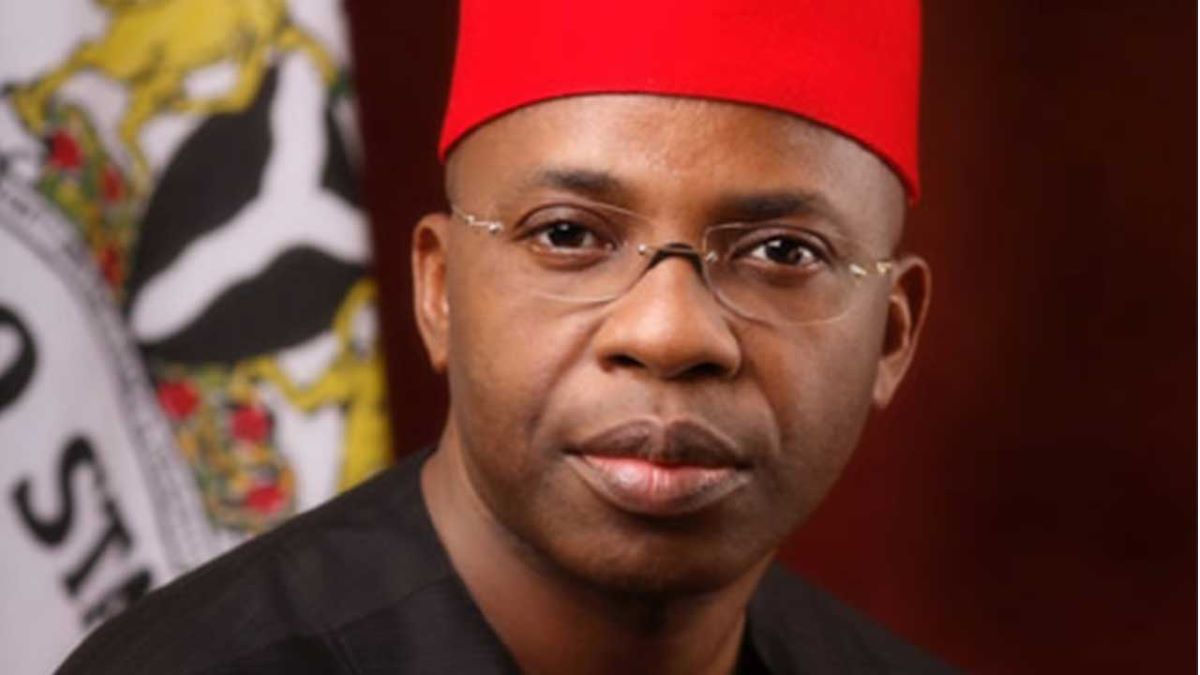 The Federal High Court Abuja on Wednesday ordered substituted service of court summons on former Imo Governor, Mr. Ikedi Ohakim who is being tried for allegedly threatening a lady with her sexy pics.

Ohakim and Chinedu Okpareke were dragged to the Federal High Court by the police over allegations of threatening and harassing Mrs Chinyere Amuchienwa.

Delivering ruling on Wednesday, Justice Taiwo Taiwo ordered that the summons for the former governor, be pasted at his Abuja residence, No. 60 Kwame Nkrumah Str. Asokoro.

The order followed complaints by the prosecuting counsel, Mr Stanley Nwodo that Ohakim was evading service of court summons since he got wind of the suit.

Former Governor Accused Of Threatening A Lady With Her Sexy Pics

“I make an oral application seeking the permission of the court to serve the second defendant (Ohakim) through substituted means.

“This is to paste the summons at his last known address, No. 60 Kwame Nkrumah Str. Asokoro, Abuja.”

Mr Emeka Etiaba, (SAN), counsel to the first defendant, Chinedu Okpareke, told the court that although he had nothing to say with regards to the order, the earlier Ohakim was brought to court, the earlier the case would be determined.

Etiaba also informed the court that the matter had been turned into a trial on social media as pictures of his client were taken in court and circulated on some social media platforms.

Justice Taiwo cautioned that whoever was involved in such an act in court should desist from it saying that such could be done  outside the courtroom.

In a short ruling, the judge ordered that Ohakim be served by substituted means, by pasting the summons at his last known address.

“I consider the application made by the prosecutor that the processes be served by substituted means at the last known address of the second defendant.

“The order sought for substituted service is hereby ordered as prayed,” the judge ruled.

Justice Taiwo adjourned the matter until March 18 for arraignment.

The News Agency of Nigeria (NAN) reports that Ohakim and   Okpareke  were dragged to the Federal High Court by the Police over allegations of threatening and harassing Mrs  Chinyere Amuchienwa. Okpareke and the former governor were alleged to have threatened her with her sexy pics if she refused to withdraw allegations of kidnapping earlier levelled against them.

According to the charge number FHC/ABJ/CS/287/2020, the two defendants are said to have threatened to release nude photographs of Amuchienwa, if she fails to drop charges of attempted kidnap against them.

In the five-count charge dated Nov. 25, 2020, the Police alleged that the defendants knowingly and intentionally transmitted communication through a computer system to harass and bully Amuchienwa.

According to the charge, the offence is punishable under Section 24(1)(a) of the Cybercrime Act 2015.

Related Topics:headlinesIkedi Ohakim
Up Next

Killers Of Suswam’s Brother Must Be Caught – Ortom