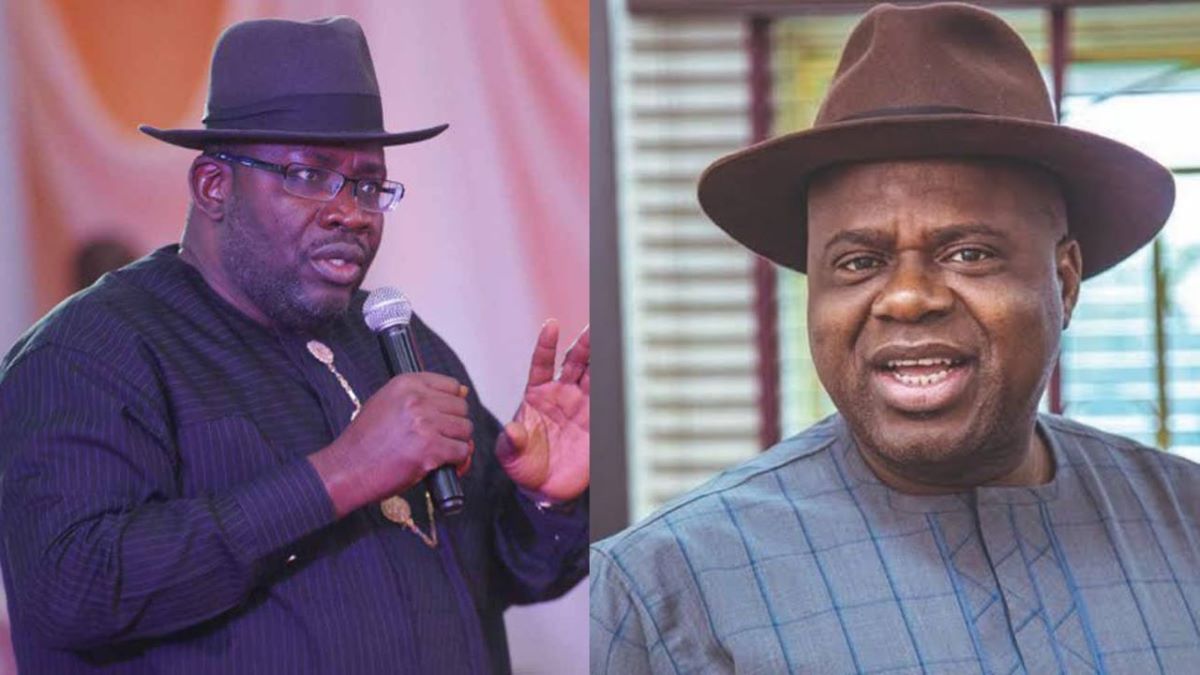 Former Governor of Bayelsa, Sen.  Seriake Dickson has denied any role in the recent attacks by some of his former aides against the incumbent governor of the state, Senator Duoyle Diri.

Dickson said his noticeable absence from government functions was deliberate and in consonance with his values and principles of non interference.

In a statement issued on Thursday, Dickson, who is now a senator representing Bayelsa West Senatorial District of the state, said he remained supportive of Diri’s administration.

He said he had no hand in the media attacks against Diri’s administration by some of his former aides.

Idumange, who was an aide on Research and Documentation to  Dickson, who was governor from 2012 to 2020, claimed the present administration was diminishing the efforts of Dickson’s government.

He claimed that he had so far, recorded 17 cases of diversion of the N3 billion loan obtained from the Central Bank of Nigeria (CBN).

Idumange also claimed that he would report the alleged fraud to the Economic and Financial Crimes Commission (EFCC)  when the count reached 25.

Dickson, who washed his hands off the allegations and the attacks on Diri urged his supporters to close ranks and work for the success of Diri’s administration.

“I want to advise that no one who is supportive of me, a member of our party or who claims to be, should be publicly critical of our government. This is unacceptable.

“I am aware that some of our party stalwarts and members  that I led in these unprecedented battles and victories, have one complain of non-inclusion or the other which is normal.

”My role and my duty as former governor and the first governor to have done eight years, who midwifed the process of reelection, is to advise, support and pray for the success of this administration.

“My take is that every person in the current administration at all levels, beginning with the governor is part of our team,” he said.

The senator however, urged the governor, members of his team and the party leadership to take steps to unify and create an atmosphere of inclusiveness and togetherness.

Dickson maintained that as a political family, the governor remained the leader of the party.

“The governor is head of both the party and the government  and he has my support and I urge all stakeholders to stop the divisive politics and give him their support,” he said.

He said where  the present governor deemed fit, he could consult stakeholders for their inputs and advice.

The News Agency of Nigeria (NAN) recalls  that Diri was sworn in on Feb. 14, 2020 following a Supreme Court Judgment of Feb. 13 which sacked the erstwhile governor-elect, Chief David Lyon.