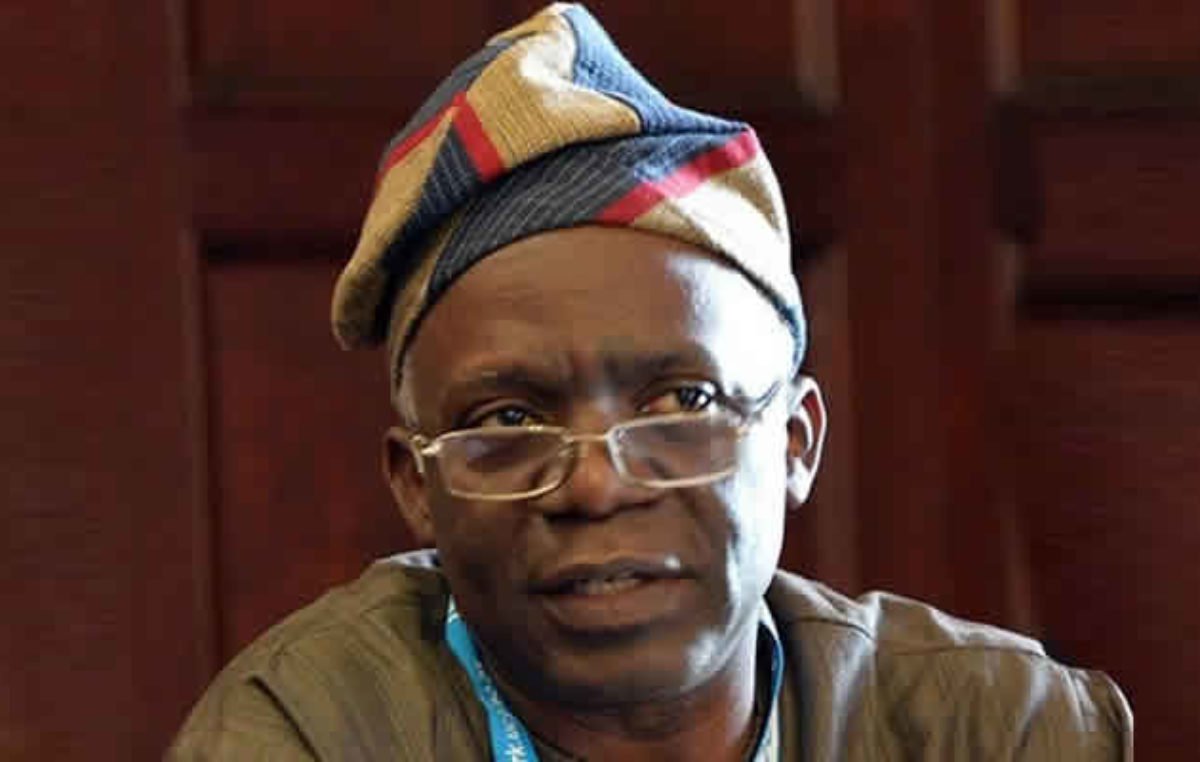 Senior Advocate of Nigeria (SAN), Femi Falana has stated that he did not buy a property worth N6 billion from the Economic and Financial Crimes Commission (EFCC).

Recall that the attorney-general of the federation (AGF), Abubakar Malami in 2017 had alleged that the said property was sold by the EFCC to “a Lagos lawyer”. Malami had also said the property was one of the assets recovered by the pension task force.

Reacting to the claim made by AGF Malami, Falana dismissed it as false and further stated that the said property was not recovered by the pension task force.

He said when the previous stories of the illegal acquisition of property did not fly, the federal government had also alleged before the Ayo Salami judicial panel set up to probe Ibrahim Magu, former EFCC chairman, that the then anti-graft agency boss had transferred N28.5 million to the account of his law firm.

The property came up again on Thursday when Ngozika Ihuoma, a witness in the trial of Abdulrasheed Maina, former chairman of the Pension Reform Task Team (PRTT) told the Abuja federal high court about monies and property recovered by the former pension boss.

Ihuoma, a management consultant, whose firm, Crincad & Cari Nigeria Ltd, was contracted by the PRTT for consultancy service, claimed that the said property was purchased by a “renowned lawyer”, but did not mention any name.

In a statement on Friday, Falana said there has been a renewed effort to falsely accuse him of buying the said property.

The senior advocate of Nigeria, however, denied the claim on the purchase of the said property, and challenged the federal government to forfeit the N1 billion alleged to have been paid by him.

“My attention has just been drawn to the renewed version of the LIE to the effect that the same property lying and being at 42, Gana Street, Maitama District, Abuja, allegedly recovered by the Pension Reform Task Force was valued at N6,0000,000.00 (six billion naira) but sold to me for  N1,000,000.00 (one billion naira) sometime in 2015,” Falana said.

“I wish to say, without any fear of contradiction, that the property in question was never recovered by the Presidential Pension Task Force. It is on record that the property was used as a collateral by the owner, A. Group Properties Limited, a loan from Bank PHB in 2008. When the owner of the property defaulted in the payment of the loan it was taken over by the Asset Management of Nigeria (AMCON) via an order of interim forfeiture.

“However, in an attempt to liquidate the loan, the owner of the property wanted to sell it. My law firm agreed to buy the property for N250,000,000 (two hundred and fifty million naira). But we withdrew from the transaction due to the delay in resolving the case. Up till now, the case is still pending at the Federal High Court.

“In the light of the foregoing, I challenged the Federal Government to proceed to forfeit the alleged N1 billion purportedly paid by me and recover the property if it established that it was recovered by the Pension Task Force.”

Yahaya Bello On Why He Will Not Negotiate With Bandits

Four Suspected Student Cultists Handed Over To Police In Calabar