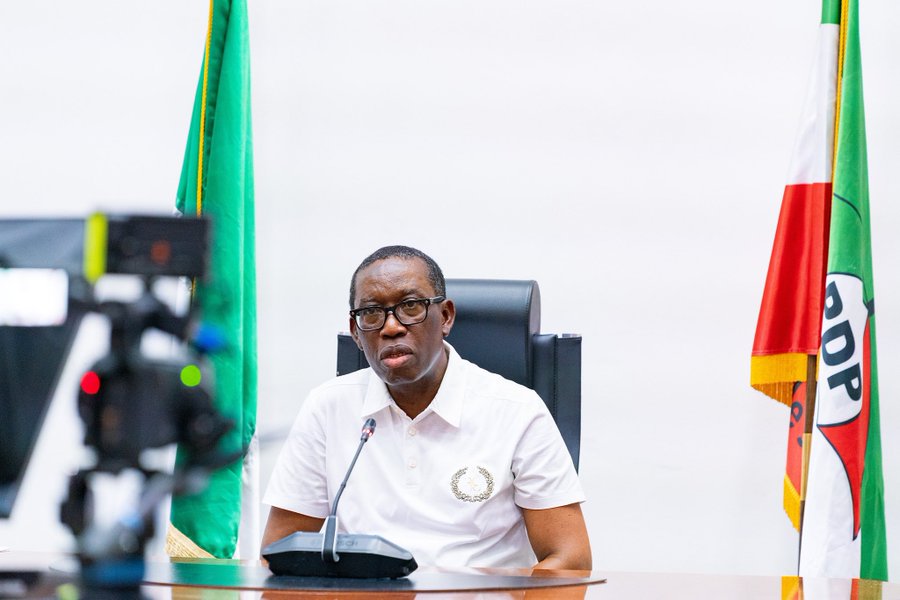 Governor Ifeanyi Okowa of Delta has expressed satisfaction over the peaceful conduct of the local government council elections of Saturday in the state.

Okowa sated this in an interview with newsmen after casting his vote at DSIEC Ward 3; unit 3 at Eghoma Primary School, Owa-Alero in Ika North East Local Government Area of the state

The governor said that from the report that he was getting, everything was going on peacefully.

Okowa noted that materials for the election were distributed to every local government early enough for a seamless conduct of the election.

“From all the report I am getting thus far, everything is going on peacefully; materials have been distributed to every local government; the sensitive materials were distributed by Friday.

“And the information that I am getting is that they have all been moved to their various polling units in the various wards.

According to him, it is only half of the councillors that are actually contesting in the election; the other ones have been returned unopposed. So, that makes the whole thing more peaceful.

“As I did cast my vote here, the vote was just for the chairmanship candidate alone because the councillor in this place has been returned unopposed.

“The place is peaceful and in the course of the day, we will be getting more report. The security agencies have been fully mobilised and we hope that everything goes on very smoothly,” he said.

Okowa said that PDP did massive ward to ward and unit to unit campaign in preparation for the election.

He also noted that the opposition in some local governments also did some campaign.

“But there are some local governments that they (the opposition) did not do campaign at all because it is when you have strength that you will go on to do campaign.

“As I said earlier, it is about 240 councilors that have been returned unopposed, 260 of them which is also a sizeable number, are contesting the elections.

“Again, 24 local government council chairmen are contesting the election. So, there were massive campaigns,” he added.

He added that any governor who was not conducting local government elections was actually failing to obey the Constitution of the country which he swore to uphold.

“Therefore, I had always insisted and maintained that I will never at any point in time, have what we called caretaker committees and I think it is only fair that we should be obedient to the Constitution since it has provided for a democratically elected local government,” he stated.

He said elections in the community were always like a contest between brothers  and without any ill feelings.

“We take it (election) like a new yam festival where you don’t need to enlighten anybody on how to behave. Everybody knows it is a contest and no need for fight. It is just the tradition of the people of the community.

“We put our town first before any contest and we do know that at the end of the day, it means well for the community, such that anyone that wins, you will see the next person embracing him. So, it is a contest between brothers,” the commissioner said.

On his part, an APC councillorship candidate from the same ward, Mr Sunday Onyenake, also affirmed that the elections were peaceful.

“We don’t fight for elections. I am satisfied with what is happening now as far as this local government council election is concerned,” Onyenake said.

Send Us A Press Statement Advertise With Us Contact UsOkowa