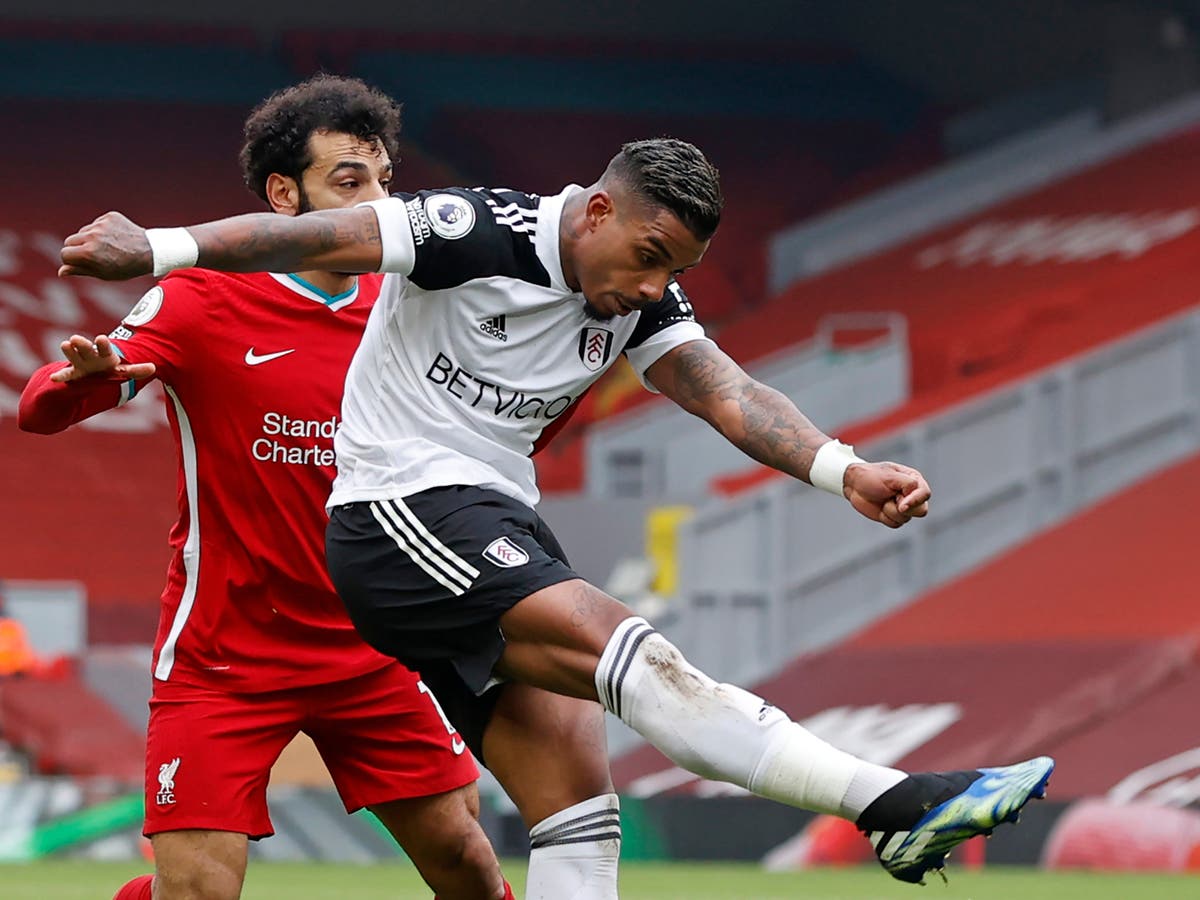 Reigning English champions, Liverpool lost their sixth straight home game on Sunday when second from bottom, Fulham took their own share from the plummeting English side. Two Nigerians Ademola Lookman and Josh Maja were in the Fulham side that won the famous victory over Liverpool.

Jurgen Klopp’s outfit were far from impressive in the opening minutes of the game. This enabled the visiting Fulham side to lead proceedings.

Mohammed Salah who led the attack for the Reds couldn’t add to his 17 Premier league goals for the season as he was denied by Alphonse Areola in goal for Fulham.

A couple of efforts from Ademola Lukman, Naby Keita, Xherdan Shaqiri and Josh Maja couldn’t break the deadlock until Mario Lemina’s tenacity to dispossess Mohammed Salah on the edge of the box gave him the chance to hit a powerful shot beyond Alisson to give Fulham the lead in the last minute of the first half.

Lemina’s 45th minute strike was his first in Fulham colors and it was a good time to get it.

Trailing at half-time, Liverpool became more aggressive in the second half and Williams took aim at the Fulham goal from outside the box in the 57th minute, however, it went over the bar.

Sadio Mane who was flown off the bench by Jurgen Klopp to salvage a point for the Reds was heartbroken when his 69th minute looping header rattled the crossbar, despite Areola being clearly beaten. Xherdan Shaqiri would also try his luck from a curled effort which went wide in the 71st minute.

Another home defeat was looming for Liverpool as time was running out and they began to pass the ball with a lot of urgency. Their efforts nonetheless, Fulham had players behind the ball and held on to defeat the faltered defending champions.

Liverpool have now lost each of their last six home games in the Premier League following the loss to Fulham. The first season they’ve suffered six home league defeats since the 1953-54 campaign when they finished bottom, and also the last campaign in which they were relegated.

The 0-1 loss further compounds the prospects of a top four finish for the champions who are now left with 43 points from 28 games putting them four points behind fourth placed Chelsea who have played 27 games.

The famous win pushed Fulham to 26 points and remain at the 18th position on the league with the prospects of fighting relegation much brighter.

Liverpool have now not scored a goal in open play in 2021 at home, the only goal being a penalty converted by Sallah.