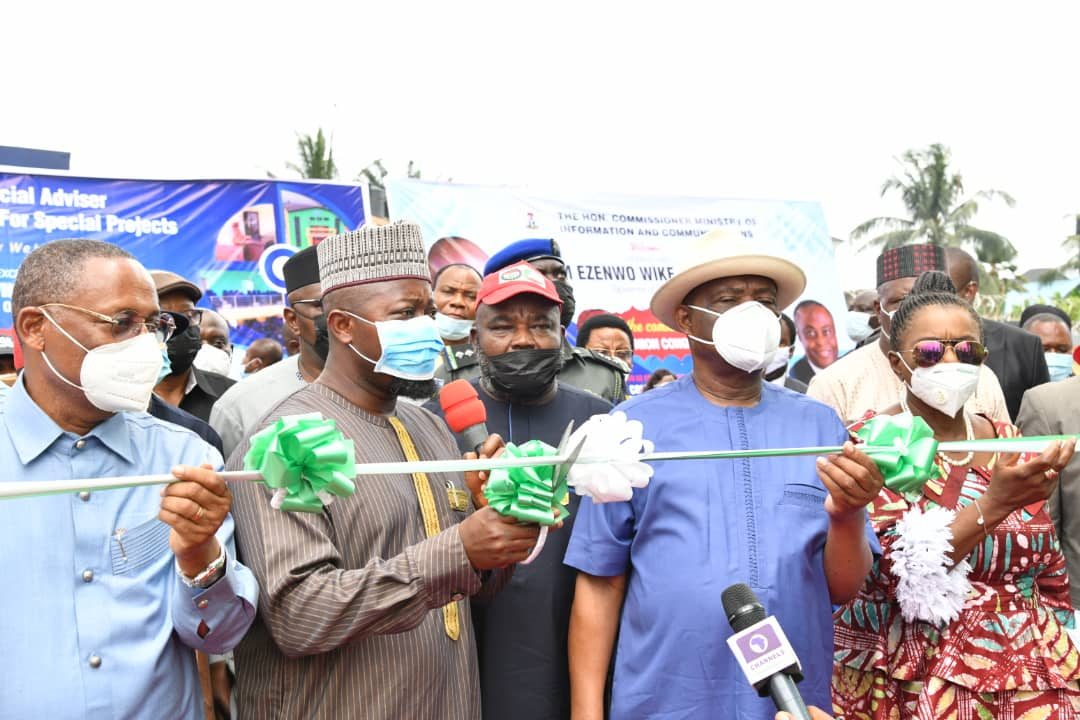 Governor Nyesom Ezenwo Wike of Rivers State has lampooned the labour movement in Nigeria for their indifference to the  incessant increment in pump price of petroleum products, electricity tariff  and insecurity in the country.

He said labour movement in the country is dead because it has lost its force of engagement with government and hardly can achieve anything good for the generality of the workforce and Nigerians.

Governor Wike made the assertion at the inauguration of the Trade Union Congress (TUC) Secretariat Building, performed by the National President of TUC, Comrade Quadri Olaleye, on Friday in Ozuoba Town of Obio/Akpor Local Government Area of Rivers State.

The Rivers State Governor observed that the leadership of labour has left substance to pursue shadows and hardly can speak in a manner that can change or achieve reversal of the many anti-people policies being implemented by the Progressives Congress (APC) led Federal Government.

Governor Wike stated that under former President Goodluck Jonathan, the leadership of labour mobilised Nigeria workers against some of his policies because he is from a minority ethnic group, but have lost their voice under a majority tribe president.

“It is unfortunate that labour has abandoned their role in this country. You are chasing things that are personal to you.  All over the world, when government is not going the right way, it is labour that comes out to say we cannot allow it. Majority of our people are civil servants and have others to cater for.  But since the inception of this government,  labour has died.

“Under Former President Goodluck Jonathan, labour was alive. They said the country must come down because he is from a minority area. But look at what is happening. There’s increase in fuel pump price,  insecurity, and increase of electricity tariff. Where is labour? Where is TUC, where is NLC? The only thing I hear is minimum wage.

He further continued: “Let the world hear it, labour has died. Nigerians cannot get anything substantive from you. Labour is like an opposition party. Labour does not work for any ruling government, no.  But now you people are working for ruling government, but under Jonathan, occupy Nigeria. And that is why we say there is so much injustice in this country. Because I come from a place, a minority area, you can treat me any how, but when you come from the other side nobody can touch you. That is not how this country should move forward. Be firm and take decision and know that was is wrong is wrong and let Nigerians have confidence in you.”

Speaking on the TUC Building, Governor Wike said his administration has provided the Secretariat to strengthen the independence of labour so that it can perform its duties effectively.

“Mr President, what we have done here is our own little contribution to make your people independent and work for the interest of the country, not for the interest of only minimum wage. This minimum wage will come when it will come.  No governor is anti-workers . I have brothers and sisters who are civil servants, so how will I be against them. But we must do things in ways that things are supposed to be done.”

Inaugurating the TUC Secretariat, National President of TUC,  Quadri Olaleye applauded Governor Wike for completing the project and not abandoning it after the groundbreaking ceremony.

According to Olaleye, the governor’s achievements has made him controversial that was why he was one of those who also castigated Governor Wike for his contributions to the judiciary but he understands it better now.

Providing a description of the Secretariats, special Adviser to governor Wike on special projects, Dax George-Kelly,  said the two storey building started two years ago and is completed.

“Today the dream is real. This project is seating on 1450 square meter of land. The secretariat has 16 offices,  it has a 500 capacity auditorium inclusive of the gallery.

“It  has a conference room. It has 14 toilets cut across all the floors. There’s 100kva generating set , 200kva transformer already hooked up to the national grid. All offices, conference rooms and auditorium are fully and tastefully furnished.”

Wike Warns Akpabio, Threatens To Open Lid On Him