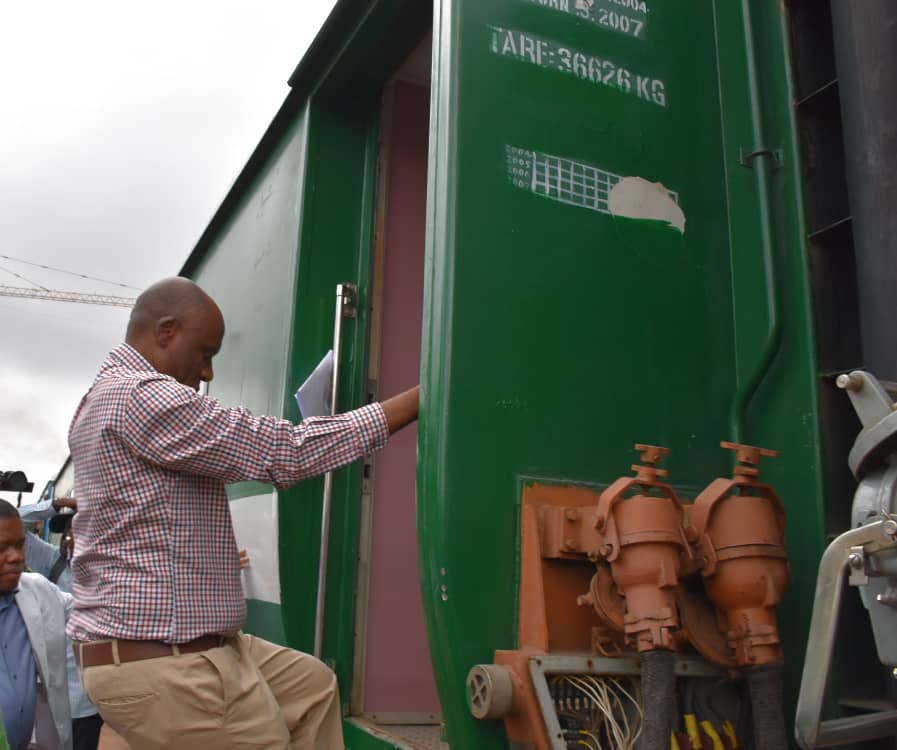 The Minister of Transportation, Mr. Rotimi Amaechi, has said that narrow gauge rail lines were not inferior to the standard gauge lines.

He told the News Agency of Nigeria (NAN) on Sunday in Lagos that the only difference between the two lines was speed.

Amaechi was reacting to allegations that the narrow gauge line was inferior, sub-standard and outdated in other parts of the world.

NAN recalls that some stakeholders had accused the minister of recommending the narrow gauge to the federal government instead of the standard gauge to maximise the benefits of modern rail transportation.

Among those who echoed the view was the minister’s political rival, Nyesom Wike had last Wednesday said:

According to Wike, “I heard some people came to Rivers State to flag-off narrow gauge when people are talking about standard gauge. And they are making noise about it.

“Imagine Rivers State, the Treasure Base of the Nation. The state that they used the money to produce their president and towards the end of their administration they are telling us to have a narrow gauge.

Explaining the government’s decision, Amaechi said that the Eastern rail line was going to have both the narrow and standard gauges, adding that the cost of the standard gauge, feasibility and time frame informed the choice.

The minister said it was cheaper to rehabilitate the narrow gauge, which would cost about $3.2 billion dollars, and could be delivered within the approved time frame.

Amaechi said that the standard gauge lines was going to cost about $11 to 14 billion dollars to construct, adding that getting the funds within the limited time was not feasible because of other projects awaiting funding.

“The standard gauge, which is at $11 to $14 billion dollars, is 120km per hour. So if you take off with the standard gauge let’s say to Damaturu, you will arrive 20 minute before me that use the narrow gauge.

“My argument was if I can achieve the same length of rail with $3 billion dollars why not take that first until when we get money, we can now go for the standard gauge.

“The difference made him approved the standard gauge as designed but until we get the money, because if we continue to wait until we get the $11 billion to &14 billion, we may not be able to construct the Eastern flag before we leave government,” Ameachi said.

On his part, the Managing Director, Nigeria Railway Corporation (NRC), Mr Fidet Okhria, said that the narrow gauge line was not outdated or less efficient, stating that there should not be a  comparison.

Okhiria said that Nigeria was the first African country to introduce standard gauge line, noting that South Africa and other African countries still use the narrow gauge lines.

The Director, Rail and Transport Services, Federal Ministry of Transportation, Mr Muhammad Baba-Kobi, also said that the difference between the narrow and the standard gauge rail lines is the width within the inner edge of the track which is called the gauge.

He said that the narrow gauge in Nigeria is about 1,067mm which is about 3ft, in some countries it is 600mm which is 2ft while the standard gauge is 1,437mm which is a little bit more than 4ft.