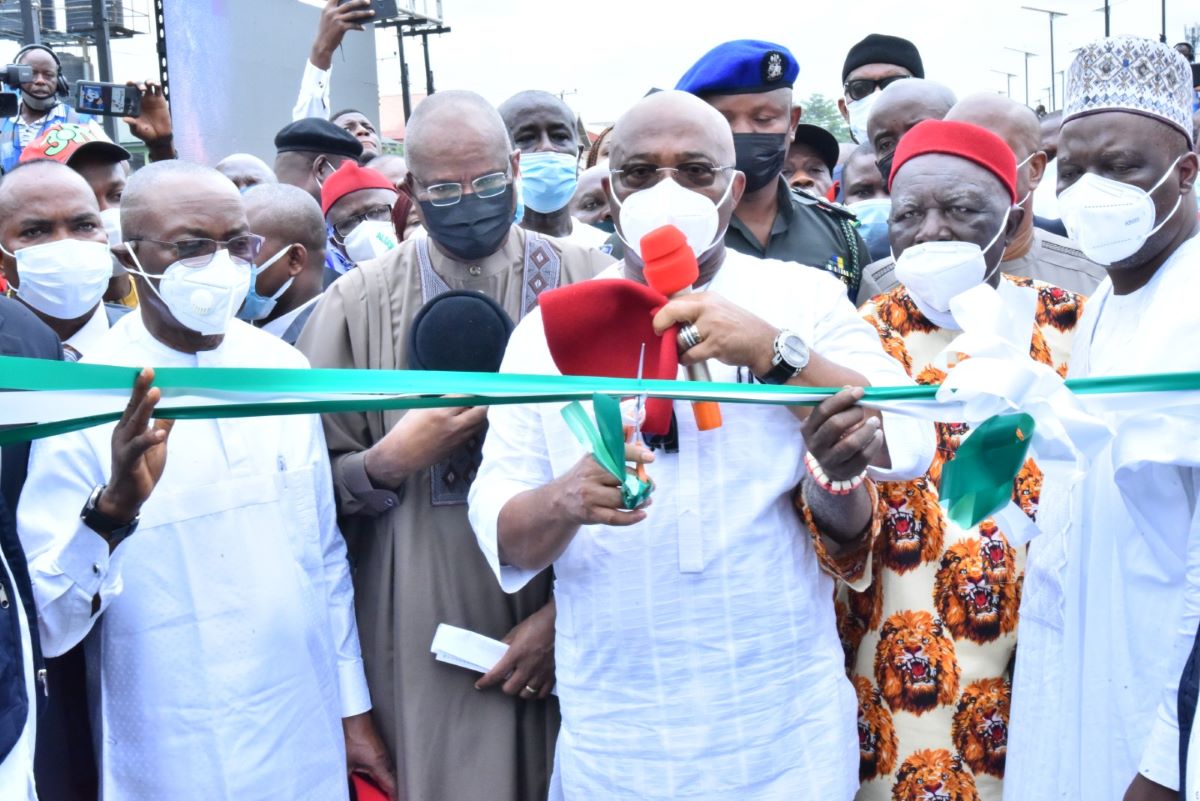 President Muhammadu Buhari on Tuesday urged Governor Hope Uzodimma to sustain the momentum of efforts of his Government to provide infrastructure and improve the welfare of the people of Imo State which he has started.

The President went further to commend the vision of Governor Uzodinma which he said has brought about the completion of projects being commissioned within one year in office.

President Buhari spoke at the virtual inauguration of two roads in Owerri, the Imo State capital, completed within the first year in office of Governor Uzodinma.

He applauded Governor Uzodimma on the completion of the Assumpta to Hospital junction road as well as the World Bank to Federal Secretariat road, respectively, describing the two roads commissioned on his behalf  by the Imo State Governor as “quite symbolic and strategic.”

President Buhari said: “The first road, the Assumpta to Hospital junction road, is the gateway to the South-South from the South-East.

“I feel happy to learn from Governor Uzodinma that the policies of our administration and the manifesto of our party, the All Progressives Congress (APC), have greatly influenced his resolve to make a difference in Imo State.  I pray that you will keep the flag flying.”

In his remarks, Governor Uzodimma thanked Mr. President for making himself available to commission the roads despite his very busy schedule, saying the infrastructure achievements being celebrated in Imo State have been greatly influenced by the sterling qualities of President Buhari.

Governor Uzodinma further declared that one year after, he had kept his promise to surmount the challenges he met on ground and had surpassed the expectations of Imo people.

Governor Uzodimma’s address read: “On behalf of the government and people of Imo State, I most humbly and sincerely welcome our beloved President Muhammad Buhari, GCFR, to the virtual commissioning of two strategic roads built by my administration, among others, within the past one year.

“The two roads, mainly, the Assumpta to hospital road junction and the World Bank to federal secretariat road were done as part of our government’s resolve to address the Infrastructural deficit we met on assumption of office.

“These roads and many others that we have constructed in just one year will greatly ease the movement of goods and services between our state and other states. The federal secretariat road abandoned for over 15years has now been recovered and constructed into a delightful dual carriage way. It will help thousands of residents of World Bank area facilitate their movements and businesses.

“This is in-line with Your Excellency’s, anti-corruption policy. To this end, I can confidently declare to Your Excellency that we have wrestled corruption in the state to a state of tepidity.

“We have not only made it impossible for unpatriotic elements to feast on the patrimony of the state but have gone ahead to ensure that henceforth public officers are held accountable for their actions.

“May I on behalf of the government and the good people of  Imo State, express our appreciation to Your Excellency for finding time from your busy schedule to accord us the great honour of your esteemed presence at our one-year in office anniversary.

“Let me now, with great joy and honour invite Your Excellency, the President and Commander in Chief of the Armed forces of the Federal Republic of Nigeria to commission these two strategic roads to the glory of God.